TO ALL THE FRIENDS WE’VE LOST, THIS ONE’S FOR YOU

Maybe it’s because another year is almost over, but I’m feeling reminiscent today. That means it’s a perfect time for some CLASSIC GABBER. And what could be more fitting than a tune that pays tribute to lost friends. 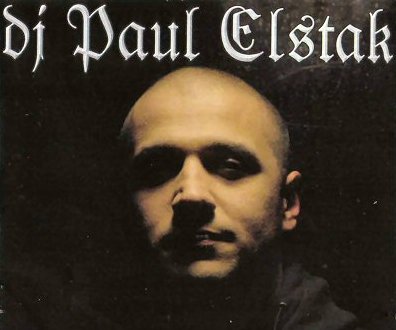 In 1997, PAUL ELSTAK (one of the most important figures in the history of Hard Dance and probably THEE most important to Gabber) teamed up with a Hardcore Punk band, called TEENAGE WARNING, to produce Gabber covers of a couple of his favourite punk songs. One of the results was BROHYMN, a song originally performed by PENNYWISE. This track is one of my favourite Gabber jams of all time, and it may, infact, be my most played Gabber track ever. I’d have to look into it, if anyone seriously cares. Anyways, it’s an amazingly powerful and energetic tune that’s great for singing along and you don’t need to like gabber to enjoy this. Check it out…

On a side note, the lead singer of Teenage Warning now uses the name, MC FIRESTONE and has recorded several more tunes with DJ Paul.

If you’d like to hear the other Paul & Teenage Warning song, along with a bunch more classic Gabber, there’s a great MP3 comp out called HISTORY OF DUTCH HARDCORE VOL. 3. You also outta check out some more music from PAUL ELSTAK and then gush to him about it on his MYSPACE.

2 Responses to TO ALL THE FRIENDS WE’VE LOST, THIS ONE’S FOR YOU