Here’s a new sound for DEAD KIDS GET LIVELY. NU-DISCO! It’s a genre that I admittedly don’t pay a lot of attention to because I find that, in general, the music just doesn’t have enough energy for me. My music always needs to have lots of energy. I guess you could say that is the common factor of all the different sounds that you’ll find here. Neat! I never thought of that before. Anyways, an exception to the more chilled out sounds of Nu-Disco is SHIT ROBOT. 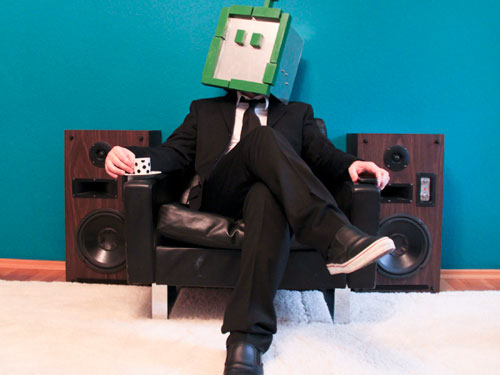 After almost 2 decades of DJing and producing music that spans many different sub-genres of house, Shit Robot has finally released his first full album, FROM THE CRADLE TO THE RAVE. Look, I’m gonna give you one song from the album. If you like it at all, you REALLY need to check out the whole thing. It’s so rich in influences from everything that has happened in dance music right from 70s disco, up to the present. You can tell, listening to it, that Shit Robot is not some kid. He has been partying and loving music for decades and is now finally putting the wealth of his own experiences into a wonderful musical journey. The album also features collaborations with fellow memebers of the DFA record label, including James Murphy (aka LCD Sondsystem), Alexis Taylor (of Hot Chip) , & Juan MacLean. Have I gushed about it enough? Check out I FOUND LOVE below.

Go get a taste of FROM THE CRADLE TO THE GRAVE. You can also peep more beats from Shit Robot HERE.

His WEBSITE has a link to a FREE REMIX of I FOUND LOVE by TBD.

You can holler at my man on MYSPACE or FACEBOOK. Do it!

PS. I’m putting this jam in the HOUSE category because I figure, House came from Disco just like Nu-Disco did. Since I don’t forsee the posting of enough Nu-Disco to make it another category, I’m just gonna stick with putting the odd jam in the House category. Cool?