WE WILL MASH YOU & HARMONIC MIXING

In my music collection there are more songs that sample QUEEN‘s WE WILL ROCK YOU then any other song. This is not because I have a love affair with this song (like It’s A Fine Day). No, it’s because the song gets sampled so often, especially in MASHUPS. I can never resist grabbing songs that sample We Will Rock You, no matter how many I already have. It’s because the song is so incredibly versitile. Lately, however, I’ve found myself groaning when I hear yet another We Will Rock You mashup. It’s a song that pretty much goes with everything, which makes the use of it pretty uncreative most of the time. With that said, here is a VERY creative and complex We Will Rock You mashup…

Not only is this mash complex, but it’s also a killer jam! Remember that HEY YA track? I fucking love that tune!!

Now, I’ve gotta tell you about the guy who made this mash, cuz he’s pretty amazing. 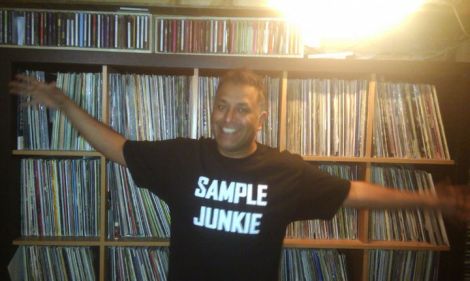 DJ Prince is a Norwegian DJ and producer. He has been spinning for over 20 years. In 2009, he was voted Norways best club DJ. His mashups and mixes are renowned as some of the best around. Most impressively of all, he had a top 3 hit single on the Billboard Dance Chart back in 2000. The song was called GOT TO HAVE and was a collab with another Norwegian producer named JUSTIN K. You can check out the 2010 update of the tune HERE.

DJ PRINCE is a major guru of HARMONIC MIXING, which means only mixing songs that are in key with each other. He has an amazing WEBSITE which he uses to push the ideals of Harmonic Mixing. On his site, you can read MIXING TIPS to  improve  live DJ performances, aswell as aid in the creation of Mashups and Remixes. On the site, you can also find the DJ MIX GENERATOR. This is really cool. You pick a key, bpm, and style of music, and a list of matches is pulled from a large and regularily updated database of tunes. Many Mashup producers use the Generator when they are searching for jams to blend together.

DJs you NEED to check out this site. Everyone should get at it just for fun. It’s pretty dope.

OFCOURSE you can also go to DJ PRINCE’s site to get at all of his MASHUPS & REMIXES. You can also say “wadup” to him on FACEBOOK.