Don’t know if you picked up on it but, every year around 4/20 time, I get on a big RAGGA JUNGLE kick. I know we’re well into May now, but it’s still kickin, so it’s time for another DEAD KIDS GET LIVELY EXCLUSIVE!

Every once and a while, I love to break into SOUND CLASH style DANCEHALL mixing, and I’ve created a WEAPON that is sure to kill any soundbwoy. It’s an EDIT of the SERIAL KILLAZ REMIX of one of the greatest JUNGLE selections of all time: DEMOLITION MAN’s FIRE. Not familiar with it? Check out the original below, complete with the fairly rare music video…

Now I can’t take much credit. Most of the work in this edit came from Serial Killaz. They’re a duo of seasoned Jungle vets that gained fame for their beyond amazing remixes of classic jungle tunes. 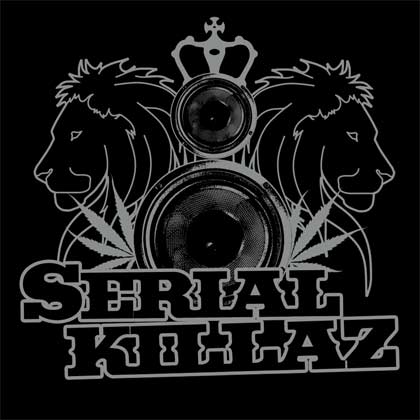 The following EXCLUSIVE edit starts off with classic Dancehall Sound Clash mixing, and then transitions into a Jungle surprise that will make the crowd go nutty pretty much anywhere it gets dropped. A killer DJ TOOL, but it’s not just for the disc jockeys. Any fan of classic Dancehall, or Ragga Jungle is gonna go bonkers for this.

You can check out their REALPLAYAZ profile to learn more about SERIAL KILLAZ, and get at their sound destroying music HERE.

I think I’m in the mood to kill a soundbwoy tonight. Yup.