QUEENS QUAYTAR: FUN, FREE, AND EVEN A LITTLE BIT DEEP

QUEENS QUAYTAR is the musical experiments of TREVOR COLEMAN, a well known figure in the Toronto bar scene, and also a friend of mine. 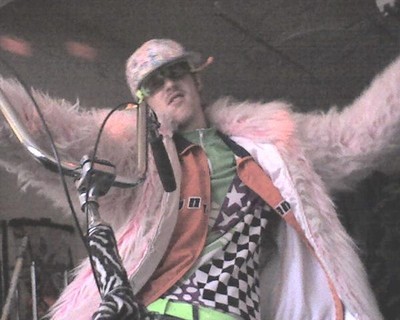 He recently compiled his musical excursions into a couple of FREE ALBUMS and put them up on Soundcloud. His songs are sometimes silly, but for the most part are whimsical, light hearted, and fun, with an experimental LO-FI spirit, and lots of NERD ROCK influence.

Check out Trev’s song, WHAT WILL HAPPEN. While still in keeping with his light hearted approach, I find this jam touching. It’s a simple acoustic ballad about the way our ideals change from adolescence to early adulthood. If you know me, you’ve probably noted that I hate being a grown up. I have a lot of younger friends and, generally, am more comfortable around them than I am around people my age. As much as I hate it, everybody grows up. The way you view the world changes, and there’s nothing you can do about it. I guess that’s why this song resonates with me. I also like how raw and honest it is. Maybe I’m reading way too much into it. You be the judge…

Queenz Quaytar – What Will Happen

This jam aint exactly the best representation of the full album. Infact, it’s quite different from the rest. If you like fun INDIE ROCK and dancey 8-bit ELECTRO POP, you should definately check out the rest of the ACRYLLIC TOAST album, and if you’re lovin’ it, you can get at more from QUEENZ QUAYTAR on his SOUNDCLOUD.

Glad you finally got this stuff up, Trev.