DJ COONE is, at the same time, one of the most prolific, most succesful, and one of the yougest producers in HARD DANCE music. 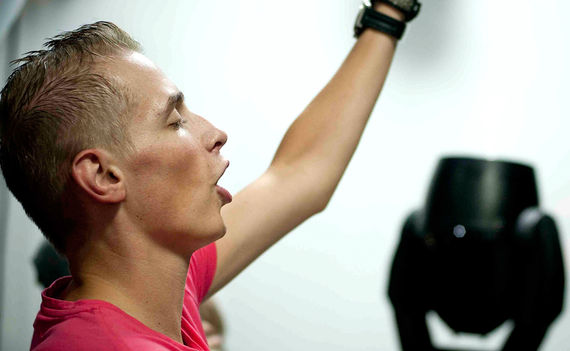 He resides in Belgium and has been producing since 2002. His unique style incorporates elements of American HARD HOUSE into his HARDSTYLE creations. His record label, DIRTY WORKZ, is one of the most respected labels in the genre. He is often credited with solidifying the Belgian Hardstyle scene, largely due to an event called COONE & THE GANG, which sold out a 10,000 capacity venue, supported by a massive media campaign.

In March of 2011, with all of these previous successes under his belt, Coone embarked on a new CHALLENGE. I will let him explain it to you….

The Challenge was a success, and as a result, one of the most important albums in the history of Hardstyle music was completed in April, and released to the world in mid May.

If you are a fan of Hard Dance music, you NEED to check out this album, and the process of its creation.

Now, I’m not gonna give you a tune from The Challenge album. GO BUY IT!

What I am gonna do is offer up one of my favourite Coone jams. It’s a 2008 track titled FEELINGS IN MY HEAD. It’s got a huge hook, even bigger beats, and a cute little vocal all about going crazy, which is exactly what you’ll do when you pump this. Go for it!

Coone – Feelings In My Head

Now I’ve got this song stuck in my head. It won’t go away, no.