IN THE HALL OF THE GABBER KINGS

Coming out of dropping a full set of GABBER this past weekend, I thought I should share my favourite Gabber jam of all time.

HUMAN RESOURCE – IN THE HALL OF THE MOUNTAIN KING 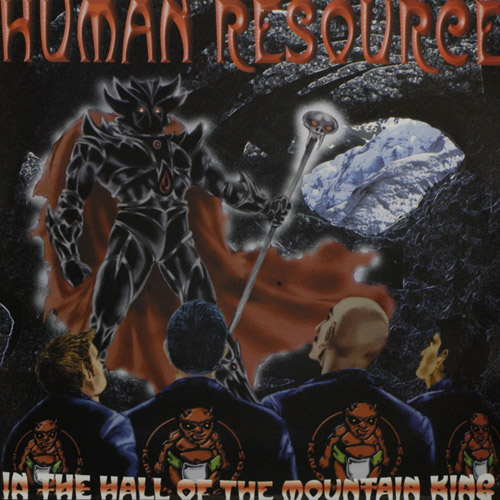 It’s a HARDCORE version of a classical song, originally scored in 1876 by a Norwegian composer, named EDVARD GRIEG, for a scene in a play titled PEER GYNT. It has one of the most infectious hooks in the history of music! You can check out the original below, if you’re interested.

My favourite version comes from a 5 member Netherlands group of TECHNO pioneers called HUMAN RESOURCE. They gave us one of the greatest rave anthems of all time, DOMINATOR. You’d better know that jam!

By 1996, Human Resource were producing Gabber and running their label, K.N.O.R. RECORDS. It was this year that they released In The Hall Of The Mounatin King, and it changed my life. It was this record that made me want to start collecting and spinning Gabber.

I love the live effect created by the crowd noise and MC hype. I’ve always been crazy about speed builds and this track has one of the most epic ones ever. That classic, recognizable hook is happy and haunting at the same time. Don’t know if I’ve ever heard anything else like it. And the big synths and bouncy drums work together with the main theme to make this song sound HUGE! It’s such a pump up tune. Now quit reading and grab the VINYL RIP below.

Human Resource – In The Hall Of The Mountain King

HUMAN RESOURCE have been around since 1990, and they’re still making music today. You can grab more of their sounds HERE.

Gabber was my first love and I still have a warm spot for it in my cold, dead heart.

One Response to IN THE HALL OF THE GABBER KINGS