In 1990, somebody named C’HANTAL made her first and last record, called THE REALM. It was a piece of garbage that would, for some reason, go on to inspire countless other garbage electronic tracks for decades to come. 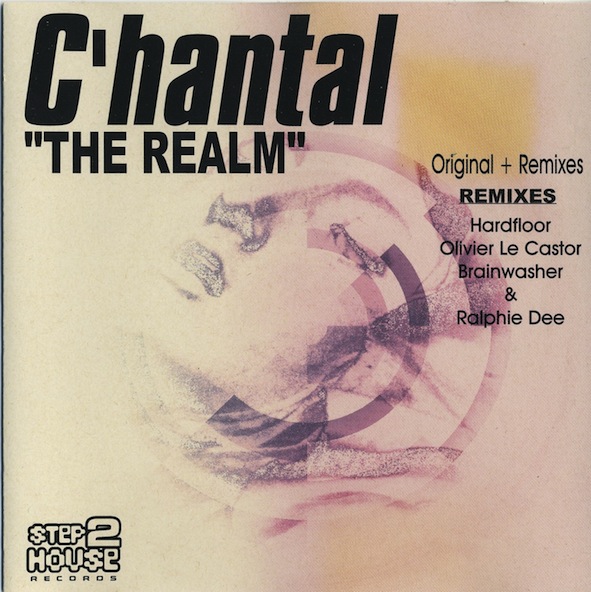 The Realm is really no more than a spoken word piece of poetry. Even in it’s original release, the “Realm Speech” was backed by several different musical compositions that really had nothing to do with the speech itself. Check out the ACAPELLA below, just so you know what I’m talking about, but be fore warned, it really sucks!

Whoever C’hantal is, I really hope she doesn’t read this post. I imagine her to be some hideous, large, post-op tranny, who’s still really angry about her botched surgery. Atleast that’s what she sounds like.

I hate this song! It sounds like it resulted from the acid trip of an entirely uncreative person, or perhaps she was a lawyer, or some shit like that, who did too much blow one night and decided that she was a poet. The lyrics are retarded and the delivery reminds me of a bad high school play. They’re boasted out with no more intention than the hopes that the kids at the back of the auditorium can hear. Wherever it came from, I guarantee you drugs were a major factor in its creation.

You would think that this horrible song would have stayed in 1990, where it belongs, but for some reason, the Realm Speech has been continually sampled, over and over again, in every genre of electronic music you can imagine. Infact, I hear atleast 1 track a month that samples The Realm, and much to my shock, these tracks are almost always terrible! But why wouldn’t they be??? There’s nothing musically appealing about the Realm Speech at all, so when using it as the inspiration for an instrumental backing track, how could anything good ever result? Occasionally, I DO hear one of these tracks that sounds like it’s going to go somewhere good. In these cases, the producer probably wrote the music first, and then made the unfortunate decision to add in a Realm sample. Whatever good may have existed in these particular songs becomes void upon the addition of that wretched bitches voice.

In 1999, HAPPY HARDCORE pioneer, VINYLGROOVER, released an HHC version of The Realm on his WORLD OF OBSESSION label. On an early episode of TOTALLY SWEET RADIO, we declared it to be the WORST HARDCORE RECORD OF ALL TIME, and began campaigning for DJs to send us their vinyl copies, so we could destroy them in creative and hilarious ways, with the goal of ridding the world of that horrible song. It became a very popular running segment on the show, and many copies were destroyed.

Below is an excerpt from the TSR 2 YEAR ANNIVERSARY EPISODE, in which we best explain our hatred of the track, then follow with some clips of past Realm breakings, and a telethon we held to collect more copies for destruction. We even made a song about it.

This whole post was, unfortunately, inspired by the latest Realm incarnation to offend my ears. I say “unfortunately” because it is by ANTHONY NERO, who is certainly not a shitty producer, but this song definately belongs in the SHIT! category…

Honestly, I wouldn’t have even wasted my time downloading this track, had I not been momentarily thrown off by the misspelling of “RELM”. I wonder how many others have been dooped by this typo.

PLEASE don’t pass judgement on ANTHONY NERO based souly on this unfortunate accident of a track. Check out his SOUNDCLOUD and give a listen to some more of his jams.

Over the years, it’s amazing how many people have been converted into Realm Haters, simply by pointing out how sucky it is. I’ve heard quite a few people say “Wow, I never thought about it before, but it really does suck!” My hope is that, in writing this post, I have made a Realm Hater out of YOU too.

Much like I did with my FUCKING SAXOPHONE HOUSE post, I think I will compile a list of Realm Tracks as I hear them, and post them up when I feel I have enough examples, just to demonstrate how often that shitty vocal gets sampled. Just like the original, I’m certain that in most cases, drugs were a major factor in their creation.

11 Responses to THE ULTIMATE DESTRUCTION