TATACT TAKES YOU BACK TO THE 90'S

TATACT is an occasional collaboration between 2 of Italy’s HARDSTYLE heroes, TATANKA and ACTIVATOR. TATanka + ACTivator = TATACT. Get it??? 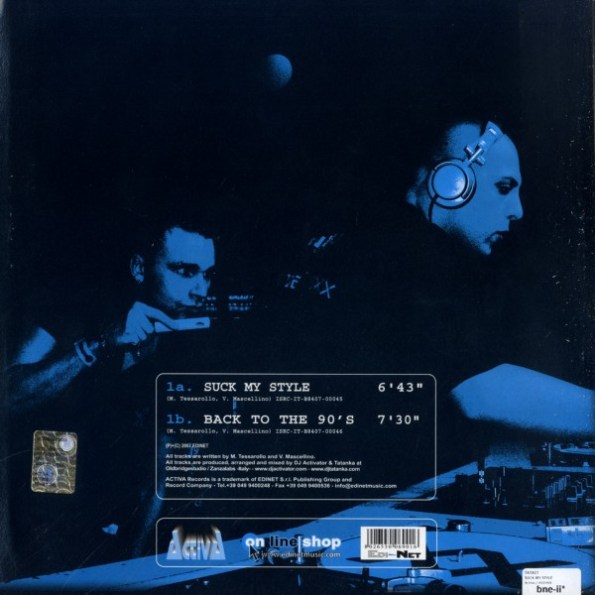 In 2007, they released a track called BACK TO THE 90’s, and it has since become my most played out tune (probably). I’ve dropped it a lot! It’s wickedly massive, but it’s also incredibly versatile. The song opens with an immediate build of energy, followed by some very adventurous use of the “woo – yeah” from the classic ‘THINK’ BREAK (@ 1:25). It’s laid over some floor shakingly hard percussion, which builds to a hands up peak and then breaks down into a megamix of some classic TECHNO RAVE anthems. The megamix ends with another big booming breakdown, which slowly builds into a Hoover frenzy synth line that eventually combines with a return to the hard pounding percussion to take us out in a similar fashion to the lead in. It’s quite a trip!

This track also serves as an amazingly effective DJ TOOL. You can use it as a bridge between HARDSTYLE/JUMPSTYLE and GABBER, OR to transition into or out of OLDSCHOOL RAVE, or just about ANY music from the 90’s.

Without further adieu, check out the jammmmm!

You may have seen me drop this epic monster in my DEAD.LIVE concert DVD. It’s the LAST tune you’ll hear in PART 1 (@ 8:55), and the intro track of PART 2. Check out both below to get a better idea of this tunes versatility (it’s also a great watch, if I might say so).

Both TATANKA and ACTIVATOR have websites for you to waste some time on. You can also spend some time picking up more TATACT jams HERE.

We gotta use what we got… to get what we want!

One Response to TATACT TAKES YOU BACK TO THE 90'S