THERE'S SOMETHING ABOUT "I WANT YOU BACK"

There’s something absolutely magic about the JACKSON 5’s I WANT YOU BACK. I LOVE this song soooo much, but like so many timeless OLDIES, it’s difficult to pin point exactly why it’s so enjoyable. Most people wouldn’t bother. Many would say that analyzing their love for a classic tune would ruin the enjoyment of it. What you need to understand is that I am a HUGE music geek, and this is what I do. Soooooo… 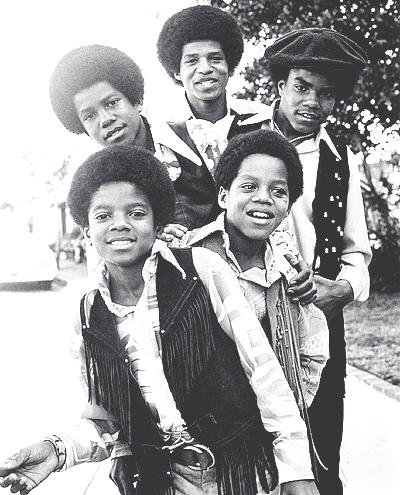 It was released in 1969 as the first single for MJ and the fam, and became a number 1 hit in the following year. Decades later, ROLLING STONE MAGAZINE placed it at #9 on their list of the 100 GREATEST POP SONGS SINCE 1963. Okay, that’s just numbers and figures. They mean nothing when talking about the heart of a song, right?

PITCHFORK MEDIA stated that it has “possibly the best chord progression in pop music history”. Well, that might be true, but that’s not it.

THE DAILY TELEGRAPH called it “arguably the greatest pop record of all time”. Well, that may be true aswell, but it says nothing about why.

I think it’s MJ’s vocals that the greatness of this tune is contained within. The song is about “a lover who decides that he was too hasty in dropping his partner” – WIKIPEDIA. This is a theme that almost any adult, or even adolescent, can identify with, BUT this song is sung by a PRE-TEEN! Yet, there is a passion in Michael’s voice that suggests he feels every word of this song, as if from memory. At his Memorial, SMOKEY ROBINSON descibed this phenomenon as MJ’s “know”. Some how, this child just “knew” what it felt like to have loved and lost. This is a mysterious presence in much of MICHAEL JACKSON’s music, and I think it is the great MAGIC of this particular tune.

For a song like this, I think the only way to listen to it is on vinyl. Here’s the next best thing: a VINYL RIP complete with the pops and hisses that make every individual vinyl copy of this song truly unique…

the Jacson 5 – I Want You Back

Check out the JACKON 5 BLOG, and learn more about them on WIKIPEDIA. You can also pick up lots of music by them HERE.

Sorry about getting all soft on you, Dead Kids. I’m gonna go eat a baby to make up for it. Kay?