I love Hard Dance. I REALLY REALLY love a fast and hard yet euphoric tune. Songs full of energy with a stomping beat that makes the dance floor explode.  In a scene where if it doesn’t have a wobble or play at 120BPM, to  say that out loud will garner me a few funny looks but dammit, I love it. What I love even more though, is knowing that some of the very best hard dance is being produced by Canadians. It wasn’t that long ago when the realm of all things trancy with a strong kick drum was exclusively produced across the pond.  These days, Canada has some real home grown talent to be proud of.  For my first article, let’s just take a quick look at someone who not only is an amazing producer but also one of the most exciting and talented DJs I have EVER had the privilege of seeing perform. 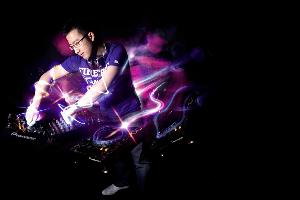 Rodi, AKA Benjamin Leung, hails originally from Calgary where he quickly made a name for himself. He established himself as a  DJ who was able to destroy dance floors with a blend UK Hard House and NU NRG (remember that style??)  all while laying down some DMC level scratching over top. This was something you didn’t (and still don’t) hear very often, not just in Canada, but anywhere.  This added a new level of showmanship to an already energetic stage performance .

Needs some proof? Check these out.


Like a natural progression of all things awesome,  Rodi took his talents to the studio with great success. He has been putting  out banging Hard Trance and UK Hard House/NRG tunes for several years now as Rodi Style as well as many other styles under various other names. His tunes have been recognized for being their outstanding production value and energy. Literally every big name UK Hard Dance DJ at some point has dropped a Rodi Style tune or two. Not being pigeonholed into one particular style means he’s accessible to a wide variety of audiences.  His efforts have been recognized by being on some of the biggest hard dance labels including the world famous Tidy Trax. You don’t get to play at some of the biggest festivals in the world (Global Gathering, Creamfields, Tidy Weekenders) by sucking at your job!

When I saw him play last year at Euphoria in Ottawa, his DJ act had progressed into more of a live act than just playing two songs together.  His new setup uses Traktor on 4 virtual decks alongside 2 CDJs, 3 midi controllers, a DJM800 and an EFX1000. All of this allows him to warp and edit live music on the fly creating a unique performance you won’t find anywhere else!

Anyways, enough reading about him. Let his tunes speak for themselves.

So, when someone says Canada has nothing to show for itself in the hard dance world, I like to point out artists like Rodi Style first (but not certainly not least).

I hope through this series of articles to be able to feature some more fantastic Canadian artists who are putting us on the hard beat map!