I get inspired by great music at well executed events with awesome vibes. You’ll often find a new tune being posted by me the day after a drunken party night.

I recently got a chance to check out one of my favourite producers, L-VIS1990, dropping a DJ set in Manhattan. The venue was a Dim Sum restaurant in a closed Chinese mall hidden well under a bridge, in the Lower East Village. Needless to say, the venue was fantastic, drinks were cheap, the people were poppin’ and the music was nothing short of pure dopeness!

I had always wanted to see L-VIS perform, but living in Toronto, it was a difficult thing to do. He had only ever been brought to the city once. You can bet I jumped on the opportunity to see him do his thang. Wouldn’t you know it, before L-Vis’ set, my wallet got stolen by some asshole kid and I managed to find out who did it. I plotted and waited for an opportunity to confront the kid and get my wallet back in a way that would avoid us both being ejected from the club. My hope was that he would pull it out and I could catch him red handed. Unfortunately, my muscle head friend noticed me stalking this kid, and asked what was happening. Long story short, he ended up causing a scene with the kid, and all 3 of us got kicked out of the club before L-Vis took the stage. After all that, I got my wallet back, but I didn’t get to see L-Vis in his only Toronto appearance.

Some time later, I finally got my chance, and the previous failed attempt just added to my excitement. L-Vis dropped an eclectic mix of American Ghetto flavoured jams. I got the feeling that he was taking advantage of the underground vibe and playing stuff that he didn’t normally get to drop. It was nothing but good looks all night.

The following day, once the hangover subsided, I felt a need to write my own ghetto inspired jam. Using some BMORE break beats and an old JAZZY JEFF & THE FRESH PRINCE VINYL, I soon had a new creation.

It’s called ROCK RIGHT NOW, and it’s a glitchy, filthy, ghetto Bmore/DUBSTEP thing. I don’t know how else to describe it. 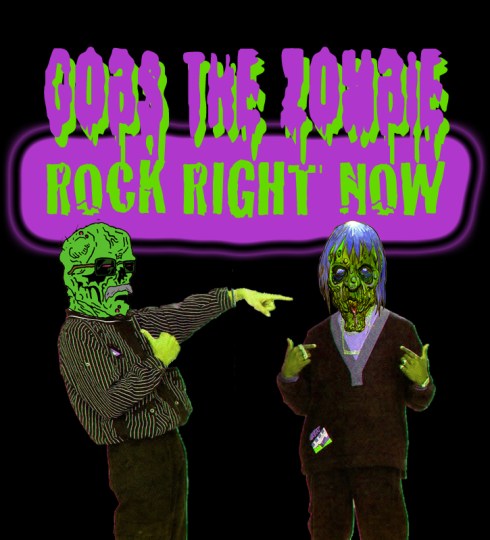 If you wanna hear more stuff like this, LEAVE A COMMENT and let me know it. Would also be good of you to REPOST the tune on your STATUS, or TWEET dat. Hook a nigga up!