Well shit. I’m gonna have to throw my NO FRENCHIES rule out the window, and it’s all thanx to DIGITAL COSMIC DISCO. 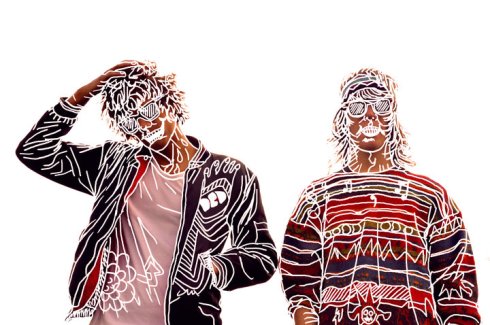 They are, quite simply put, two guys from France that have been making amazing ELECTRO.

Check out BLACK THUNDER, on which DCD take turns glitching up fuzzy synth lines and jerking this track in different directions. It’s quite an epic trip. It’s also such thrashy DANCE ROCK, that it makes your traditional rock band seem obsolete. Give it a spin and try to resist doing the Hipster Hop.

There’s gonna be some I-told-you-so’s coming for this.