WHAT COLOUR IS KID SISTER UNDER HER GUCCI RAG TOP???

Since she first burst on to the scene, I’ve been confused about the shade of KID SISTER’s skin. I’ve even seen her live, at DEMF a couple years ago, and was convinced, afterwards, that she was white. In her 2 latest music videos, however, she’s looking quite the opposite. Other times, she looks very Hispanic. No wonder it’s confusing. Kid Sister is part black, part white, and part First Nations (politically correct. You see that shit?!). 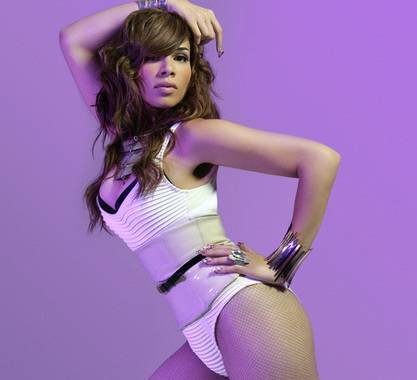 Enough about her skin. Let’s get to the music. Kid Sister, in my opinion, is THE hottest thing happening in HIP HOP right now. She’s working on her second full album, and recently dropped a dope EP, called KISS & TELL. She’s already released 2 MUSIC VIDEO’s for songs from the EP, one of which is a REMIX of a track that originally appeared on her KISS KISS KISS MIXTAPE, and will be included on her new album, called GUCCI RAG TOP, produced by SCOOP DEVILLE. The album version features a verse from GUCCI MANE, but on the remix, Gucci is replaced with DANNY BROWN to tear it up.

Check out the killer Music Vid for the remix, and then grab the original ALBUM VERSION below.

I’m gonna get accused of being racist for this post, aren’t I?

One Response to WHAT COLOUR IS KID SISTER UNDER HER GUCCI RAG TOP???