HEADUCATION: MY NAME IS OLIVER, AND I’M GONNA TELL YOU A STORY

I can’t go out for a night on the town in New York without the chorus from ONE NIGHT IN NYC running through my head at some point. 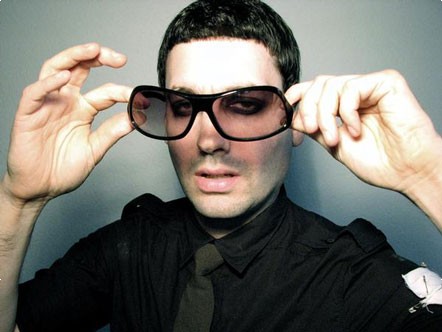 …AKA OLIVER CHESLER, is a New York based experimental SPOKEN WORD HARDCORE/TECHNO/ELECTRO artist who gained a huge following in Germany with the release of a 1996 single, called One Night In NYC. This tune was way ahead of it’s time, containing elements of the Electro HOUSE sounds that would not become common place until the early Noughties. Truly unique was Chesler’s style of almost child like storytelling as he paints a picture of an underage girl who travels from New Jersey for a night of clubbing, only to be drugged and date raped by the end of her “one night in New York City”. Naturally, the subject matter of the tune resulted in many calls for its banning, which only fed its popularity, in the end.

Give it a spin and prepare for story time. This is a VINYL RIP of my own copy, which is quite damaged, but I’ve found that all the pops and hisses give the recording a nostalgic feel that is now appropriate for the early 90s Club Kid references to THE LIMELIGHT, big shoes, and ecstacy. Don’t cha think?

DOWNLOAD: The Horrorist – One Night In NYC (RIGHT CLICK>SAVE AS)

2 Responses to HEADUCATION: MY NAME IS OLIVER, AND I’M GONNA TELL YOU A STORY