The MIXTAPE that BRENMAR put together for NYC based clothing boutique, OPENING CEREMONY, may not be new any more, but it’s been my favourite mix for the past 2 months. 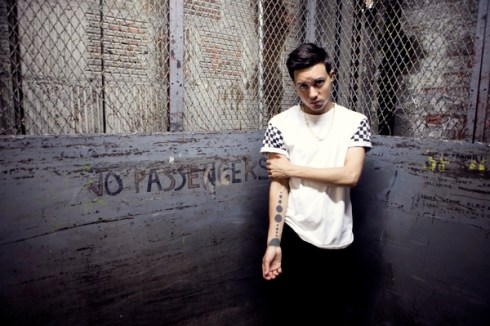 He’s a Chicago native, born n’ raised, who now resides in Brooklyn. Brenmar made a big name for himself producing beats for HIP-HOP and RnB jams, and he now makes “club music for the present”, which, in this case, appears to mean FUTURE BASS, heavily influenced by 90’s URBAN joints.  OLDSCHOOL influence aside, Brenmar’s sound is one of the freshest around. The smooth ghetto flavours that he injects into his tracks give them a unique spin that has been recognized by lovers of sexy booty music all over the world, which now has Brenmar travelling across continents regularly. At this point, he has been everywhere and the influence of his travels is showing, as his productions continue to get  more complex and adventurous, and the profile of artists approaching him for REMIX work grows more and more prestigious. If Brenmar is the future of RnB, then the future is looking very very hot!

You could call this RnB if you wanted to. Frankly, you can call it a lot of things, and you wouldn’t be wrong, but you wouldn’t be quite right either. This mix is a difficult one to label. It’s packed with jams that are so fresh sounding that there’s no name or scene to pin them with yet. What they all share in common is smooth and sexy Urban textures with a dirty/naughty twist, perfect for booty popping or slow, hot grinding, depending on what mood you’re in. It could also serve as the ideal soundtrack for boutique shopping in NYC (go figure). Brenmar does his job well.

HIGH POINTS: If you’re interested in knowing who the future players are on the smoother side of BASS music, take a close look at the above track list. Brenmar is right on top of who’s hot, and is also a leading player, himself. This mix is, no doubt, turning on a lot of heads to some new names, by featuring short samples of absolutely infectious rhythms. Each song plays, individual, for no more than 1 or 2 mins, but each new track is so catchy, edgy, and sexy, that I wanna hear more. This mix had me running to SOUNDCLOUD to check out the full tune more than any other in 2011, and exposing artists to new listeners is one of the greatest achievements of a good mixtape. The stellar selecting is combined with Brenmar’s astonishing ability to seemingly blend ANYTHING smoothly. The beat structure, from one tune to another, drastically changes constantly, which normally drives me crazy and results in a mixt that sounds like a disorganized mess. But Brenmar, purposely or not, finds subtle similarities between the tunes that he combines and then pin points the perfect spot to mix them. It’s silky smooth every time. Technically, this mix is near perfect, and astoundingly executed. Fuck, I’m such a nerd!

LOW POINTS: This is very much a personal opinion thing, but I’m not a huge fan of Hip-Hop instrumentals. Brenmar, quite understandably so, gives a lot of love to backing tracks. My problem with them is that they just sound incomplete. Well produced instrumentals quite literally have a sonic hole in the mid tone frequency spectrum, to leave space for the vocals. Artistically speaking, these loops are made to accompany lyrics, and when removed, I find that the remaining track just sounds like something crucial is missing. I must admit, I like how Brenmar ended the mix with a vignette of his own instrumentals. It serves as a really nice easy and satisfying ride out, but some of the others that are strewn about the set are off-putting to me. The most glaring incident occurs around 34:30ish. Brenmar has concluded a section of half-step ghetto beats, and dub joints, and has gradually built the energy back to the uptempo tropical percussions of DJ YIRVIN. Rather then continue with the vibe that he has spent time to maticulously build back up to, he drops another Rap instrumental, LIL ZANE – NONE TONIGHT (BAD BOY REMIX), and suddenly, we’re back to half-tempo, but only for a moment, because the next tune on deck is Brenmar’s own TEMPERATURE RISING, which is quite high energy. So why the hole in the vibe building? A very odd decision by Brenmar, but certainly not enough to keep me from playing this mix over and over.

I am what I am, which is a HUGE music nerd, and I know it’s highly unlikely that YOU will care about anything other than the fact that this mixtape is sexy as fuck, and filled with enough booty bass to get even the heaviest trunk clappin’.

Welcome to my city. I’m that nigga!