Posted in CAN CON, DUBSTEP, REMIX 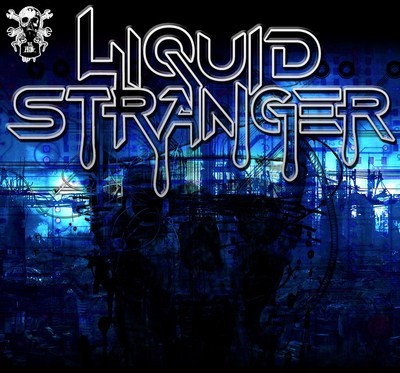 He has been producing under various names since 1996, and has finally reached super-stardom under his Liquid Stranger moniker. His productions are very detailed and unconventional, but where most producers of such layered music maintain an intellectual air, Liquid Stranger has a wild sense of humour and packs his songs with whimsical samples, and plenty of face smashing womps. He has been referred to as “the epitome of transnational Dubstep”, releasing tunes heavily infused with Latin, Asian, and Eastern European flavours, aswell as lots of influence from traditional Jamaican DANCEHALL DUBS. If you’re not yet convinced of his superiority in the Dubstep realm, here’s a couple more reasons why Liquid Stranger is more awesome than YOU (well, I mean, probably), this time, from his own mouth…

“While I was living in Gothenburg, there was this couple living in the apartment above me that had these horrible quarrels. Really loud and aggressive. I mounted a 18″ subwoofer to my ceiling, and every time they started japping I shook their whole floor…they always stopped fighting. I might actually have saved their marriage :)”

“My mom used to come up to my room while i was growing up and say “Martin, that music makes me feel like I’m getting boiled alive by a primitive headhunter tribe in the amazon” She was serious about it too, it literally made her feel like she was about to die…”

Now that you’re intrigued, Here’s a killer example of the way Liquid Stranger’s sense of humour combines with his ability to make heads explode. It’s his REMIX of EXCISION & DATSIK’s Dubstep anthem, SWAGGA. This one is somewhat of a children’s version of the original, with an unnamed youngster replacing the lyrics. I can’t listen to the original anymore without thinking “GUESS I’LL CALL MY GRANDMA BACK”.

WOMP-WA WA WA, check it out.

DOWNLOAD: Excision & Datsik vs Liquid Stranger – Swagga With My Grandma (RIGHT CLICK>SAVE AS)