The entire WHOA!-JAK EP is now ready for release, with the final addition of 2 new REMIXES. First, here’s a lil write-up on the EP, for those of you that are new to it… 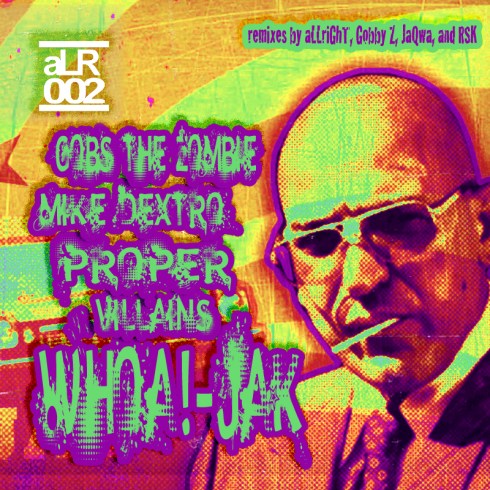 Three of New York City’s hottest underground producers have stepped away from their usual sounds, to combine forces on a track colorfully described, by Mike Dextro, as a “Tribal wobble rave banger”. Well put. The original is supported by several killer remixes from some very talented artists. The UK’s aLLriGhT contribute a sparse, groovy house version, while Japan’s JaQwa brings a wild Bassline ride. Pittsburgh’s RSK transforms Whoa!-Jak into a Dubstep womper, and Gobs couldn’t resist doing his own Moombahcore take on the original collab. The result of all these efforts is an incredibly diverse EP, containing pure fire for any dancefloor. The “Whoa! chant” will have you hands raised and hollering along, as you “jak” your body to the infectious hook. It’s beautiful baby!

Aaaaaaannnnnd, I’m so geeked to finally have my very own MOOMBAHCORE version up for everyone to peep. Let’s get slooowwed!

You can check out the ENTIRE EP below.

Time for a SPECIAL ANNOUNCEMENT: The WHOA!-JAK EP will be released MARCH 22, 2012, on ALLRIGHT RECORDS and will be available everywhere that good music is sold.

On to the next one. 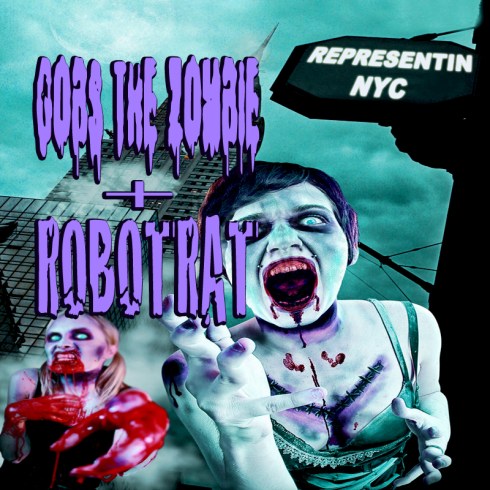 It’s been about 2 months since ya boy, Gobby Z, and fellow New Yorker, ROBOTRAT, released our MOOMBAHTON tribute to our home city, REPRESENTIN’ NYC. Did you miss it? You’re not too late.

We also posted up the REMIX STEMS for anyone who felt inclined to do there own version, and we recently received the first REMIX.

Much to our surprise, it’s not by a New Yorker at all. Infact, the remixer, MR. DULLES, is from all the way in THE NETHERLANDS. Dope! This shit just went global.

Check out his breaky 100 bpm version. The slower tempo give you lots of time for bouncing as high as you can while still staying on beat. Know what I’m sayin’? Trust me, you’re gonna want to jump to this. Ready on the drop!