FALKIRK IN THE DEAD HOUSE

I mostly write about original artists, here on DKGL, but right now, it’s all about one of my favourite REMIXERS. 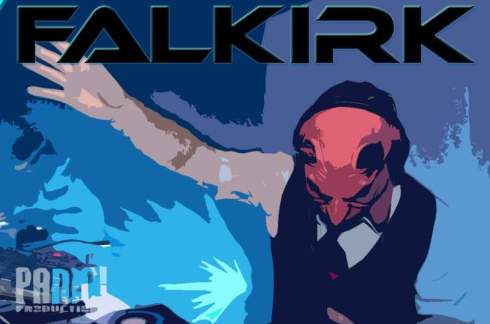 He’s been earning a big name for himself, first in the Oklahoma area (in which he resides), and now all over the world. It’s his unique combination of PUNK and ELECTRO that has lovers of aggressive dance music taking notice. FALKIRK’s productions tend to cast aside structural conventions, in favour of a more loose and fluid approach to electronic music. I get the feeling that he doesn’t give a fuck about making things easy to mix, or predict, and instead just does what feels right. Despite this deviation, Falkirk’s jams still manage to maintain high levels of danceablilty, and they’re also nasty as hell! It’s a bit mindblowing when you start to disect his style. Rather than hurt your brain, maybe just listen and enjoy…

I give you Falkirk’s remix of DEAD HOUSE by DEAD CAT BOUNCE ft. A GIRL & A GUN. This track pounds harder than a lot of METAL, but will still make you wanna dance your ass off. Sorry shit DJs, no clean ins and outs on this one. Instead, you get a jam full of satisfying twists, that plays out more like a “song” than a “track”. I think it’s about time EDM went in this direction. Falkirk is ahead of the game.

This one is also an official Z JAM, “cuz the dead dead dead come to life life life”. Yeahhhhhhhh!

3 Responses to FALKIRK IN THE DEAD HOUSE