Who sent me this gawd-awful HIP-HOP mix?!?!

DOWNLOAD (If you really think you want to): Detroit Underground Trap hop mix (RIGHT CLICK>SAVE AS)

Okay, first of all, I can’t stress this enough. YOU NEED TO PUT YOUR NAME ON YOUR MUSIC!!! As soon as it’s downloaded, it’s mixed in with all my other downloads, and if you haven’t labelled the track with your name, somewhere, I have no idea who created whatever it is I’m listening to. Ofcourse, in this particular case, it’s better off that it remains nameless. 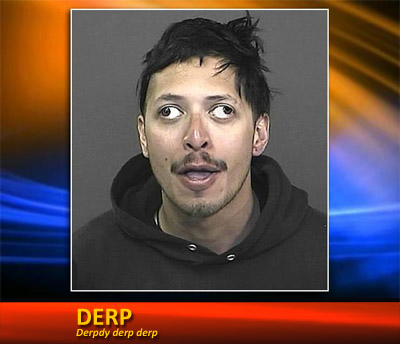 CRUNK RAP is so tired and played out. If you’re gonna do a mix of it, you’d better be doing something special. These tracks are mixed sloppily, the screwed pitch effect is used incessantly, and doesn’t sound good most of the time, and what is with all of the skipping? If something has skips in it, it doesn’t belong on the internet!

I’m a bit worried that this mix was sent to me by a friend, but then again, if it was a friend, why are you sending me shitty music, bro?!?!

I might come off as a pretentious cunt in saying this, but please don’t send me music that isn’t awesome. Because of this blog, I already recieve more music than I possibly have time to listen to. I give everything a chance and play through it, even if I’m not enjoying it at first. I figure that people have taken time to send me their music and it deserves atleast one full play down. If you send me shit, you are taking my time away from other artists whose tunes are sitting in my email, and I think that’s an unfair shame.

…Okay, I totally DO sound like a pretentious cunt, don’t I?….