Posted in CAN CON, EVENTS

If I had my way, I would be touring all over the globe right now, hosting Zombie Proms. It’s my true calling. In Toronto, on May 17, that calling will be realized. 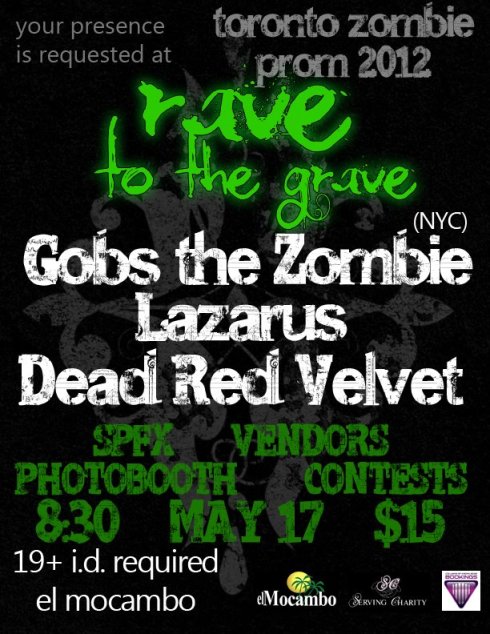 Remember how much your prom sucked? This one won’t. TZP is filled with booze, gore, and debauchery – all the things you wished for at your prom. Come dressed to impress. Bring a can of food and get a ticket for the raffle! Amazing prizes!

I will be joined by 2 Toronto based dark music experts to provide the soundtrack for a horror filled evening of gorey fun. 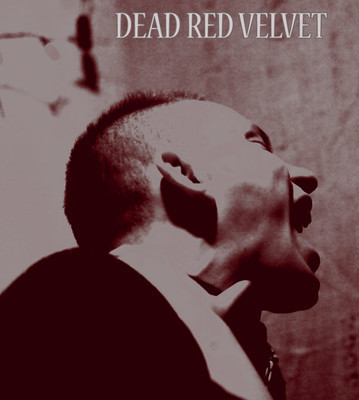 The brainchild of Canadian Dark Electronic producer, Karl Mohr, who has spent many years in various live acts before deciding to pursue a solo project, as Dead Red Velvet. For live shows, Karl is joined by several other artists to balance his rigid electronic sounds with organic musicianship, resulting in a fully satisfying experience.

Check out a DRV re-imagining of BJORKs ARMY OF ME. In a room filled with formal wear clad rotting corpses, this one is a crowd pleaser, for sure. 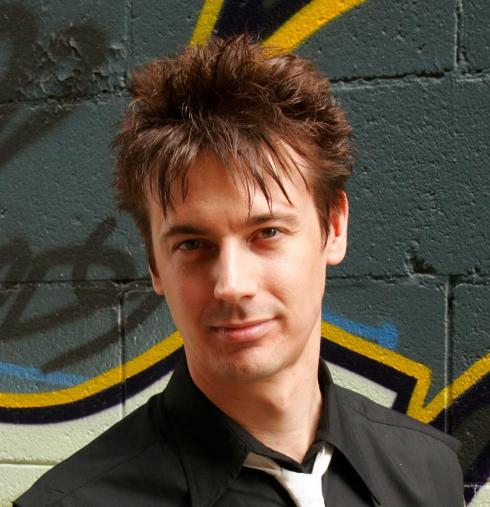 He is the king of Toronto’s Alternative Underground, close to achieving the status of Living Legend, if he hasn’t reached it already. For 2 decades, Lazarus has been an active DJ and tireless promoter, throwing many long running monthly club nights, uniting the city’s Retro, Goth, Industrial, Fetish, and Dark EDM scenes. His events remain in high demand for years without any mainstream media promotion, as his popularity is spread, entirely, through the recruiting efforts of the passionate people who regularly attend. In a city where event promotion is always a great challenge, Lazarus perseveres with integrity, and an undying devotion to discovering new music and providing out of the ordinary experiences to the uninhibited members of Toronto’s night life.

Lazarus’ DJ sets are best described as eclectic, edgy, and always danceable, playing music from the future while winking at the past. With no online mixtapes, the only way to hear his sounds is to get out to an event and experience it first hand. No wonder he has been referred to as “Toronto’s greatest kept secret”.

Join the GROUP and submit your photos to be eligible for King & Queen!