IT'S ABOUT TIME FOR A.G.TRIO

Here’s a ZOMBIE ELECTRO HOUSE jam that is far overdue to be added to the DKGL archive. 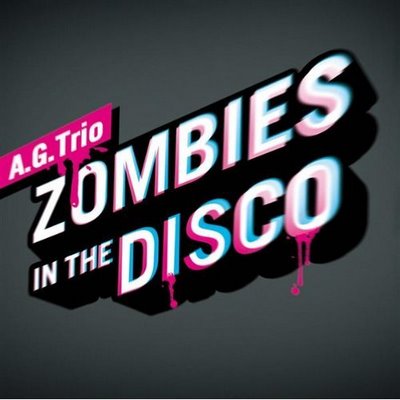 3 Austrians that first formed as a live act, before entering the studio to become recording artists and sought after remixers. Their approach to Electro is absolutely classic, but undeniably effective. Nasty lyrics over catchy hooks, with all the raw sex appeal that you’d demand from an act such as this. They deliver it, which is why they have been approached to play many festivals all over the world.

Their first original release was a 2009 EP titled ZOMBIES IN THE DISCO. The title track has consistently crept its way into my live sets since I first  purchased it. The stompy beats and saw-tooth bassline give the tune big danceability, and the laid-back lyrics are catchy as hell and easy to sing along to. It’s a bit ironic how iconically “hipster” this track is, but in the end, it just adds to the enjoyability of it. A bit cheesy, a bit sexy, a bit easy. All of these elements mingle together in a way that has kept me coming back to it again and again for several years now. It’s great fun for Dead Kids on dirty dancefloors.

Somebody book them for a festival in North America. I wanna see!