HEADUCATION: DON’T WANT NONE UNLESS YOU GOT BUNS HUN!

Can you believe it was just over 20 YEARS ago that SIR MIX-A-LOT released BABY GOT BACK?!?! 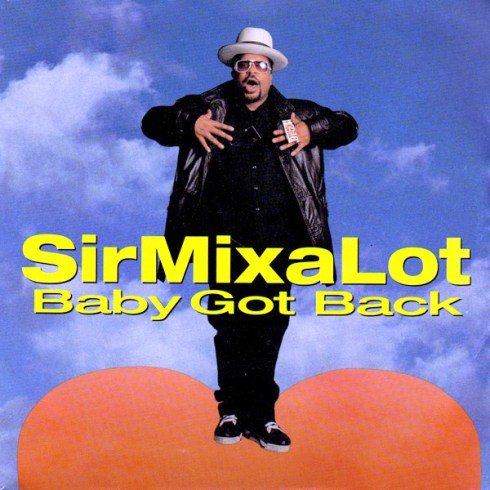 There are very few songs that have managed to maintain dancefloor popularity for 20 solid years. Baby Got Back is one of these tunes. The song has become a part of pop culture. I don’t think there’s anyone under 40 in the western world that doesn’t know exactly what line to respond with, after hearing the phrase, “Oh my god, Becky, look at her butt….”. The reasons we love this song are simple. It’s silly and crude. But we don’t give baby Got Back the credit it’s due. It is, infact, quite an important tune.

In 1992, when the song was first released, it was banned on MTV, because of it’s explicit sexual content. At the height of the “political correctness” craze, the song came under a lot of fire for objectifying women. Eventually, people began to realize that the song actually had a very positive message. It spoke out against a racist stereotype in the media. A generally white standard of beauty: skinny body lacking in voluptuous curves. Sir Mix-A-Lot once said, in an interview, “The song doesn’t just say I like large butts, you know? The song is talking about women who damn near kill themselves to try to look like these beanpole models that you see in Vogue magazine.”

The MTV ban was eventually lifted. At first, the video was only shown in the evening, but it soon found its way on to the daytime broadcast, aswell. In doing so, Baby Got Back changed the ideals of censorship in North America, by showing that a song with explicit lyrics could still have a positive message, worthy of mainstream airplay.

The song is now one of our anthems, and I’m sure you have it in your collection, but just incase it’s missing, you can download it below. This version is a bit unique, because it’s a VINYL RIP. That’s right, bitches. I’ve got that shit on wax! It’s actually a reasonably rare tune to find on vinyl. I love my 90s collection.

DOWNLOAD: Sir Mix-A -Lot – Baby Got Back (RIGHT CLICK>SAVE AS)

…Even white boys got ta shout!….

2 Responses to HEADUCATION: DON’T WANT NONE UNLESS YOU GOT BUNS HUN!