It’s difficult to do anything in HIP HOP that hasn’t already been done. Never the less, there are those who still manage to discover a fresh approach. Here’s one… 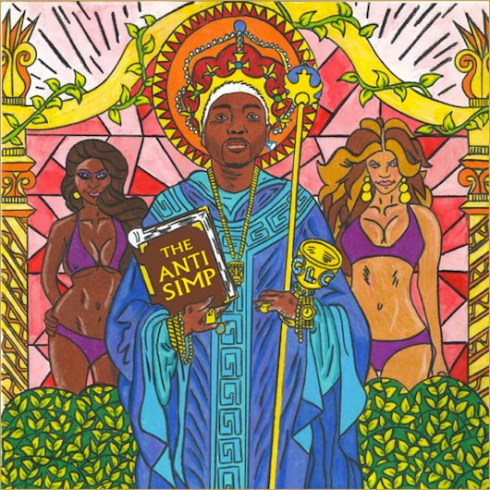 Stands for Gangsta Legendary Crisis. He’s a Chicago rapper who first gained notoriety appearing as a guest vocalist on KANYE WEST’S DEBUT ALBUM. GLC has always held a very open policy towards collaboration, willing to work with pretty much any artist who asks him to. Through this approach, he has been lucky enough to find his way onto the works of several very accomplished artists, most notably KID CUDI and A-TRAK, aside from the obvious Kanye collabs. It’s through association with other artists that GLC has become known, but it’s his distinct approach to Hip Hop that landed him such opportunities.

GLC has always been a big fan of poetry, and his style, as a result, is quite poetic, and elequent, while still  making use of lingo that is very “street”. His parents passed away at a young age and he used poetry and rapping as a means of coping with his loss. As a result, GLC has always maintained a belief that his lyrics should be positive. This has made him lyrically stand out in a medium that most often dwells upon, and celebrates things that are negative in nature. Take his single, ANGRY BIRDS, as a fine example. In this jam, GLC is defending himself, to his girlfriend, against allegations from jealous women (or “Angry Birds”) that he has been unfaithful to her. It’s a situation that a “playa” would typically find himself in, but GLC adresses the subject from a positive angle, where the typical thing to do would be to say something to the effect of “damn right, I got other bitches. I’m a pimp, and if you wanna roll with me, you just gonna have to deal”. Something like that, right?

The single, ANGRY BIRDS, manages to be moving beyond it’s lyrics, thanks to the production value served up by DJ AYRES, who has, at this point, become a NYC legend. His productions are revered all over the globe, and he is one of the few DJs that has managed to completely escape being pigeon holed into a specific genre. As a producer, Ayres always pulls from many different musical influences to arrive at an instrumental that is appropriate for the content and theme of the lyrics, instead of forcing his own specific style on the song. In this case, he has combined TRAP beats with the infamous TWIN PEAKS THEME, and some familiar sounds from the addictive ANGRY BIRDS GAME, making it a backing track that is upfront, catchy, and complimentary to GLC’s words. Without further adieu, let’s rock this joint!

I’ve had to have similar conversations with GF’s. Next time, I’m just gonna tell her to “quit actin’ like dem angry birds” Ha!