HEADUCATION: HATS OFF TO DEL SHANNON

Considering that this blog is dedicated to showcasing groundbreaking artists, is it cool for me to post a tune purely for nostalgic reasons? 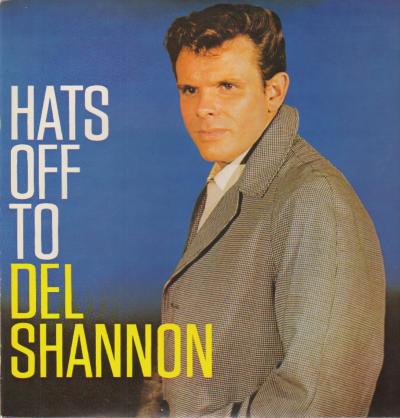 When I was a young boy, my Dad had a cassette compilation of light-hearted ROCK N’ ROLL, from the late 50’s & early 60’s, called FUN ROCK. It was on rotation continuously in his red pick-up truck, and I came to know all of the songs well. They were mostly silly songs, made mainly for comedic purposes, but one of the songs found on that comp actually had a deeper layer to it, and was, infact, greatly representative of music from that period, while presenting an unusual theme at the same time.

DEL SHANNON’s HATS OFF TO LARRY could stand alone as an example of music from the Grease era. Most songs from that period dealt with the making and breaking of teenage relationships. Hats Off To Larry does this in an original way, by introducing the theme of vengeance. In modern terms, Del is giving props to his ex’s lost lover for dumping her ass, just as she did him, because now the bitch knows how it feels to have her heart broken. Ha! A bit heavy, right? So what’s it doing on a “fun rock” compilation? Well, Rock ‘N Roll has been described as “fun songs about sad stuff”. Del delivers his depressing lyrics in a light hearted, up-beat way, that causes you to giggle at his spiteful compliments for the other man, rather than feel sorry for him. I bet the happy tones of this song were therapeutic for Shannon, who actually did suffer from depression, which led to alcoholism, and eventually suicide. But I didn’t know any of that when I was a kid. All I knew was that this song was catchy and fun. It will always hold a dear spot in my cold, dead heart.

Incidentally, this song utilizes groundbreaking technology (at the time), by featuring a solo on a Musitron, which was a rare, early synthesizer. I guess it fits on DKGL after all. How ’bout that!

DOWNLOAD: Del Shannon – Hats Off To Larry (RIGHT CLICK>SAVE AS)

I was a weird kid.

3 Responses to HEADUCATION: HATS OFF TO DEL SHANNON