DKGL RETURNS TO RULE THE POST-APOCALYPSE!!!

We are now officially in the POST-APOCALYPSE. Could there be a more perfect time for the OFFICIAL RELAUNCH of DEAD KIDS GET LIVELY??? 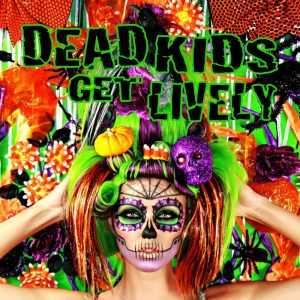 No doubt you’ve noticed that DKGL has an exciting new look. Well, the layout isn’t the only thing that’s brand new. Here’s what else is coming…

A CASE OF THE MONDAYS

Mondays suck, so I’ve decided to do my part to bring some joy to everybody’s most hated day of the week. Each Monday, you’ll find a different monthly feature. In order of appearance…

After a wild weekend of partying, I know you’re not moving at full speed, so I’m gonna serve up a selection of choice SLOWED jams, so you can keep on raging at your own pace. We don’t never stop!

DKGL has become a destination for the best of the best of DJ mixes from around the world. But supply hasn’t been meeting demand. From now on, I’ll be delivering a detailed review of an outstanding MIXTAPE once a month.

Sometimes, even Dead Kids just wanna chill and watch some videos, so the 3rd Monday of every month will feature a selection of MUSIC VIDS that match the same boundary pushing criteria as the tunes that you’ll find on DKGL.

My good friends, ETRO & VIVI DIAMOND (aka WAX MUSEUM) came to me with an idea for a monthly post that I just couldn’t say no to. I’ll let them explain it…

“Have you ever wondered how we got from

Join Wax Museum’s Etro and ViVi DIamond as we explore electronic music’s influence on commercial Top 40. As two type-cast popular music DJ’s in Toronto’s mainstream club scene, we both personally indulge in many genres and sub-genres of electronica, and regularly find elements of it influencing the ‘hottest radio jams’. We intend to identify these songs and their roots and open a discussion about whether this fusion of musical styles has had a positive or negative impact on popular music. While Etro analyzes the dangerous effects of the degradation of individual genres, ViVi will explore the positive outcome that this blending of musical styles has had on her as a DJ, as she finds she is able to push the boundaries of her normal sets and let’s her play heavier electronic sounds.

Look for our first post about Ke$ha- Die Young and what songs we believe influenced this banger, as well as our on-going analysis of what songs changed the path of Top 40 music into it’s current electronic sound.”

Are you excited yet? Hold up! I aint done.

This blog needs more SEX APPEAL, so I’ve decided to combine my love of BOOTY with my love of TRAP MUSIC. Every HUMP DAY, DKGL will feature a serving of girls looking delicious, alongside a soundtrack of Trap jams that excel beyond the norms you might be accustomed to. If you love boobs (everybody does) and Ghetto music, you’re gonna enjoy spending a portion of your mid-week lurking this blog. Creeper!

TORONTO RAVE HISTORY GETS AN UPDATE

The most popular post on DKGL has been updated. Due to demand from readers, and a comment from DON BERNS, himself, I’ve added a section, to my RISE & FALL OF THE TORONTO RAVE SCENE article, about its origins. I’ve also revised some of the articles wording to be more accurate. I think it’s an improvement to an already fascinating story, and I hope you’ll take some time to read this revised version, and leave a comment, even if you already have, in the past.

MORE INTERACTION WITH THE  DEAD KIDS WE LOVE

Call it a post-apocalypse resolution. I’m making it a point to spend more time connecting this blog with the social media of the artists who get featured on DKGL. Essentially, when I post about an artist, I’m gonna make sure that both they, and their fans, are aware of it.

Why should you care??? Well, it means that, if you’re an artist, I’ll be doing more to connect the readers of this blog with YOU. If you’re simply a music lover, this means that I’ll be able to post more exclusive content from the artists that we mutually enjoy, as producers are always into delivering their sound to mediums that they know will grow their fan base. Everybody wins!

Things are looking beautiful in this post-apocalyptic world of ours. Dead Kids rule now! Let’s celebrate with FREE MUSIC. Woooooo! 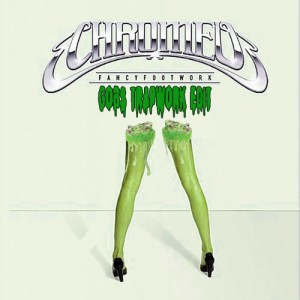 I’m a beast when it comes to music editing. One of the sexiest bands around gets mutated into a fierce Juke monster. Fire this up, and let me see yo FOOT WERK.

If it makes you wiggle, hook a nigguh up and SHARE that tune. dead Kids gotta stick together.