KICKING IT INTO OVERDRIVE by Tamerax 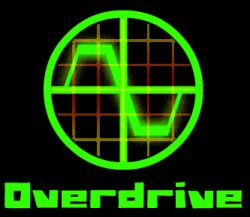 Happy new years everyone! It’s been a while but I’m back to bring you some exciting Hard Dance related articles. As with most of my past posts, I’ve been leaning on keeping everything on the Canadian tip (although not part of my mandate…just seems to be the way things are going). This time around, I want to take a look at not just one person but an entire ALL CANADIAN record label whose aim is to spread the word of Hard Dance through high quality releases and amazing events. Ladies and gentleman, I present to you OVERDRIVE CANADA.

Overdrive Canada recently had its 2 year anniversary and I asked the head honcho, Eric Normadin AKA: Type-Z.E.R.O. to explain a little bit about the company and it’s role in the EDM scene.

Tamerax: What is Overdrive Canada?  Is it more than just a record label?

Type-ZERO: Overdrive Canada is a Canada based Hard Dance promotion company, with a focus on promoting hard dance talent, events, news and media to the Canadian public.

With social media channels such as Facebook, Twitter, Youtube and Google+, we are able to reach a huge audience, and help grow this thriving music scene with other Canadians. Promoting locals, national and international artists. With provided web hosting, media production, music mastering, collaborations with partners both locally and aboard.

Overdrive Canada and OCD strive to produce top level events, music and content for the Hard Dance scene to enjoy, and to keep it thriving and growing.

Tamerax: Whats your motivation and reason to start Overdrive Canada?

Type-ZERO: After a 4 year hiatus from 2006 to 2010, I returned to the electronic music scene. I was disappointed with the current state of hard dance promotion in my local city and as I researched, I found lacking across a lot of Canada. I found that there was a missing link, a gap that needed to filled to help unify Canadians to this sound. I quickly found people across Canada who shared this mentality… and with this on December 28th, 2010 Overdrive Canada was formed.

The focus was to bring the European style events to my local community and use that momentum to branch off, and build a more unified Canadian community. It didn’t take long, and Overdrive has continued to gather support, fans and form joint ventures to help promote hard dance in Canada with both Canadian companies and international companies as well.

All the while working on our own events with local partners. The biggest success being the Rush Delivery series of events, done in co-operation with Rush Delivery Records. The aim to promote the new record label, North American Uk Hardcore/Happy Hardcore producers and artists.

We have also had the pleasure of being able to showcase Canadian Hard Dance artists at other events, always with the theme of promoting the Hard Dance sound. We’ve been pleased to be able to bring Canadian artists such as The Divider or P4L4DiN to our home town of Ottawa Canada. Using our website as hub for Canadian artists, we are streaming nearly 10GB of Canadian DJ mixes, track previews or videos, daily across the world. The focus is always to promote the music. 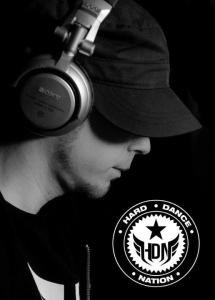 Tamerax: What are your short and long term goals for the company? What are the future plans?

Type-ZERO:  The short term goals for Overdrive and OCD are pretty simple. Overdrive will keep doing events, and keep bringing in top level talent to the national capital region, and hold up a banner for all hard dance enthusiasts to rally to.

OCD’s main short term goal is to find those new artists, struggling for a way to get their music heard. To find the great ones who just need a chance, to give them the means and resources they need to achieve their goals. OCD wants to expand it’s music catalogue, and set up an even bigger distribution network.

The long term goals mirror roughly the short term goals, but with the ability to start sponsoring events across Canada, as we’ve started to do by becoming a sponsor of HardstyleCanada.com, and their efforts to promote Hard Dance in Canada.

Tamerax: Who is currently signed to the label?

Locally (in Ottawa) we have myself, Type-ZERO as well as EKO. EKO also handles our website administration and social media.

In the Quebec region, we have DJ Joe Rowe, who also handles our artists outreach and scouting endeavors in that province.

In Red Deer, Alberta, we have DarXide. He also handles our artists outreach and scouting, as well as handles the official Overdrive twitter account and creates the wonderful video track previews for our YouTube channel.

Also from Alberta we have Sozo, a new artist to the scene and is quickly making a name for himself in the jumpstyle scene.

In Winnipeg, Manitoba, we have WavShaperz. Pushing forward with a much harder and raw sound then most of the other Overdrive Canada Digital artists.

We are currently in the process of signing two new artists, however until the deals are complete I can’t say names. One in British Columbia and another in Manitoba.

We strive to reach out to as many artists across Canada as we can, to provide great artists the chance to expose their music, and make a name for themselves.

Type-ZERO: Now that would be telling.

Tamerax: As someone very involved in shaping the scene, what are your feelings on hard dance in Canada in general? 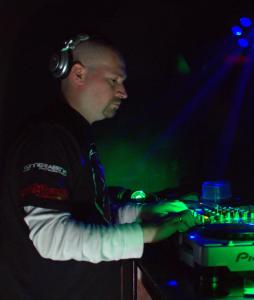 Type-ZERO: The Hard Dance scene in Canada is in a difficult spot. There are a lot of fans and artists, stretched across a huge geographical area. With a lack of organization, it has been very difficult for it to grow. In some cases it has even fallen apart. It still needs a lot of work and dedication from it’s supporters if it is ever to thrive.

But there is a lot of hope, with organizations such as Overdrive Canada, Dream Creator, BooDang Music, the Hard Dance Nation and JDX Music all within North America… promoting, creating and distributing new content, the Hard Dance scene is starting to pick up steam.

We have some of the most loyal and dedicated fans out there, and we don’t want to let them down.

With artists such as Headhunterz, Coone, Zatox, Frontliner, Wildstylez all coming to play in various cities in Canada, and new artists such as Atmosfearz, Crisis Era, The Divider, Type-ZERO and DarXide all turning heads on the international level, Hard Dance in Canada is becoming something people are noticing.

We’ve still got a long way to go, but the future is looking bright.