THEY HEAR A-TRAK AND THEY SAY “WHOA!”

Posted in CAN CON, HOUSE

I can’t believe there’s never been a feature on A-TRAK here. Atleast, not until now. 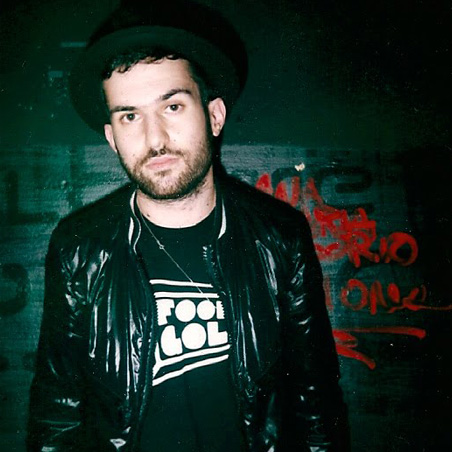 He now resides in NYC, but A-TRAK was born and raised in Montreal, Canada, where he crafted his world renowned Turntablism, and became the single most accomplished Turntablist in history, winning all 3 of the major international DJ competitions, including the prestigious DMC CHAMPIONSHIP, at age 15, making him the youngest to ever hold the title.  what, you don’t believe me? Watch this…

And just incase you think he don’t still got it, here’s a 201o clip, of A-Trak flexing at a small event, in NYC, to give you a more up-to-date idea of his incredible talent on the wheels of steel.

Flashing forward to later life, A-Trak became interested in the emerging ELECTRO scene, and began adressing the HOUSE music sounds of the present, with the turntablist style of his HIP-HOP based past. In 2004, his skills, and forward thinking approach caught the eye of KANYE WEST, who selected A-Trak to be his touring DJ, aswell as involving him in studio productions, from 2005 to the present. In 2007, A-Trak co-founded FOOLS GOLD RECORDS, which instantly became a heavily influencial label in the House and BASS music scene’s. Now the veritable king of an empire, A-Trak teamed up with House music pioneer, and fellow New Yorker, ARMAND VAN HELDEN, to form a DISCO HOUSE outift, under the stage name, DUCK SAUCE. In recent years, A-Trak and Van Helden have achieved #1 hits in many countries around the globe, and on the coveted BILLBOARD US DANCE CHARTS. Outside of his life as a DJ/Producer, A-Trak has also designed clothing, a toy bear (for KID ROBOT), and developed a notation system for scratching. Multi-talented? Understatement! A-Trak is the single most accomplished Canadian EDM artist in existence, and certainly one of the most interesting people in the history of Electronic music.

I have quite a few tunes, involving A-Trak, in my collection, to date. Here’s the first that I ever recieved, from 2009. SAY WHOA! was a commissioned tune, for a NIKE promotion, that was later released on the KITSUNE label. I love how you can already hear the influence of CLASSIC HOUSE, which has become a major part of the more recent Fools Gold sound. I hope you’ll enjoy this jam, and then spend some time exploring more A-Trak releases between then and now.