I roll with a good crowd. 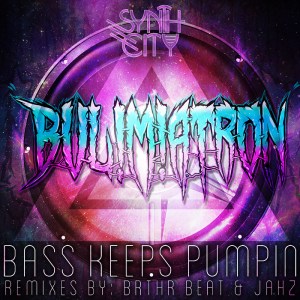 It’s not just his unique name that leaves a lasting impression. I met “Bul!” at a 2011 gig, in NYC. He had flown in from his home city of LA, where he’s been making quite a name for himself, both as a DJ/Producer, and co-owner of media group, THE LOS ANGELES CONNECTION (LACX). The gig, itself, was terrible! Really sketchy promoter (story of my afterlife). But that didn’t stop us from having a blast together. I feel sorry for the cab driver that took us back to our hotel, as we crooned VENGA BOYS tunes at the top of out lungs. We were druuunk, son! I know, now, that Bul! was just displaying exactly what makes him such a hot commodity for event promoters and attendees alike. HE BRINGS THE PARTY. The enthusiasm with which he approaches music, and life, in general, really makes him stand out in a crowd of his peers. Myself included. I’m just an angry old man. Ha!

Bul!m!atron has been producing a wide variety of genres, as of late, but I personally think it’s his ELECTRO productions that really flourish. Below is BASS KEEPS PUMPIN’, a recent example of his style, which tends to incorporate lots of classic HOUSE elements, giving his productions a certain smoothness, while still being high energy, and rager friendly.

I was way geeked when I got the opportunity to remix one of Bul!m!atron’s singles, for release on 9G RECORDS. 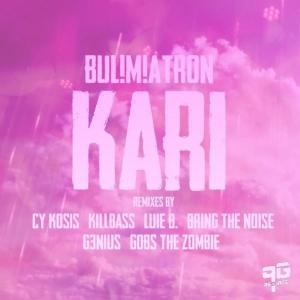 This one dropped in October of 2012, and was my final MOOMBAHCORE effort to date. It’s the most detailed REMIX I’ve ever done, and I feel like it’s been WAY under appreciated. Give it a spin, and see if you agree.

About time I got that remix up on the blog. Here I am under appreciating my own tunes. Tisk tisk.