DEAD WORLD 5: RISE OF THE DEAD

Another year has passed, and it’s almost time for North America’s most anticipated annual ZOMBIE event to go down once again, in Tha Dirty D! 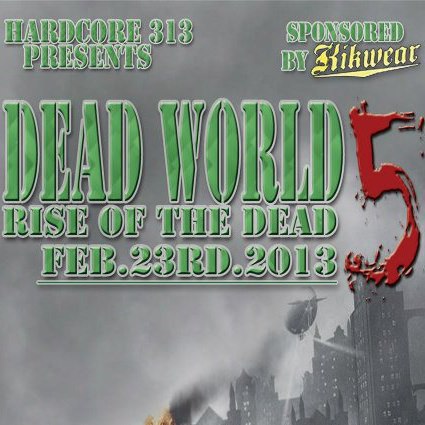 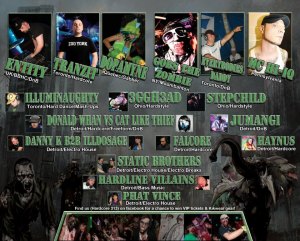 Hundreds of moaning, groaning, living dead kids will take part in a night of dance like none other…This is Dead World! 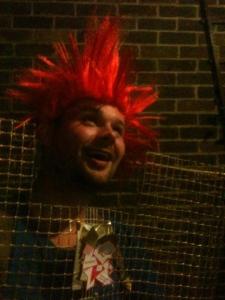 All the way from the UK! ENTITY has steadily built a solid reputation as a versatile DJ and producer, in the world of HARDCORE, showcasing a particular affinity for BREAKBEATS. With a love of distorted 909’s and high-octane production techniques, you’ll also find plenty of bouncy, manic tunes in his repertoire. For his first American appearance, you can bet ENTITY will be bringing enough intense Hardcore power to move the dead. 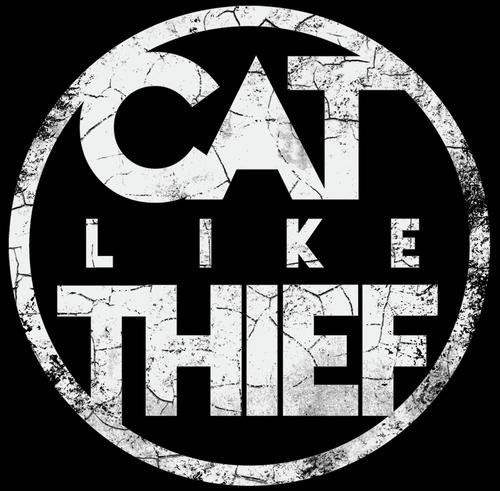 UK born, Michigan resident, CAT LIKE THIEF, is without a doubt one of the most original and exciting new producers to hit the Hardcore scene. I had the pleasure to do some partying with him, during a trip to LA. He got so drunk, one night, that he pissed on a carpet, thinking he was in the bathroom. No judgements, though. I made a complete drunken ass of myself the previous night. We’re a disastrous duo. Frankly, I can’t wait to get wasted with him again, after he destroys Dead World in a tag set with Hardcore 313’s DONALD WHAN.

Check out FADE TO GRAY. Some adorable original vocals on this one. Very well done! 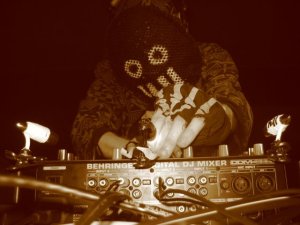 Born without a face and raised by a pack of wolves, Columbus, Ohio’s STEPCHILD has been destroying crowds under various alias’ for the past 10 years. Whether he’s dropping HARDSTYLE, DUBSTYLE, or GABBER, he likes it to be filled with overwhelming bass and beats tough as coffin nails. Precision mixing, stage theatrics, and plenty of crowd interaction. You’re in for one hell of a show!!!

Stepchild is the kind of DJ that needs to be seen, to be done justice, but his PAUL REMAINS MIXTAPE will atleast give you a good idea of the kind of pounding your ears are in for, when he takes over the decks.

…and ofcourse, ya boi, GOBS THE ZOMBIE!

One Response to DEAD WORLD 5: RISE OF THE DEAD