WHEN A PENGUIN RULED THE GABBER SCENE

Let’s take it back to the early days of HARDCORE.

The year was 1995, and everyone was on E. Really, they were. Ecstasy makes anything that is cute, kitsch, funny, fuzzy, cuddly, bright, or colourful, hold a lot of value, and too fast suddenly becomes not fast enough. It’s no wonder that there was a growing interest, within the Dutch Rave scene, in a bouncier, happier, more melodic style of GABBER. At first, they called this new sound “HAPPY HARDCORE”, or “Funcore”. It wasn’t until later, when HHC became more commonly associated with the UK, that the term, “HAPPY GABBER” was settled on. Out of this movement, a record label was formed. It is considered, by many, to be the greatest of all Dutch Hardcore labels. 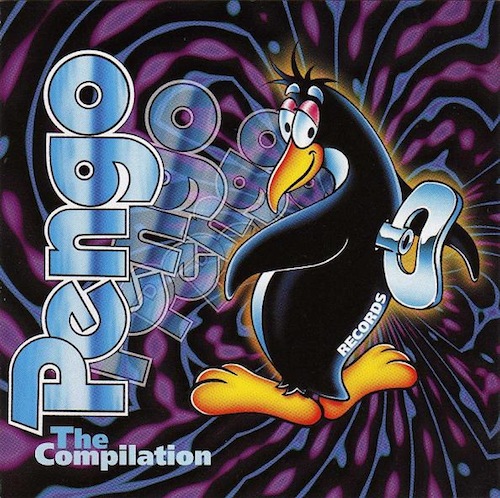 Founded by Gabber pioneer, DJ PROPHET, everything about PENGO RECORDS was adorable. Even the label’s bio, which told the story of Pengo The Penguin. Give it a read. It’ll make you giggle…

“One year ago thousands of penguins came to Holland to buy a new kind of icecream which was very popular at that time. After the icecream was sold out all penguins returned to Antartica except for one fluffy little one called Pengo. This bird went to some clubs and accidentally got hooked on dancing to the beat of house music. Later that month he paid a visit to ID&T Music to discuss his possibilities as label manager, but while he was reading the last episode of strobe magazine he suddenly collapsed due to the weather that was obviously too hot for a penguin. It was impossible for him to move any of his feet or wings, and so the DJ’s at ID&T Music had to fix him with a new mechanism to make it possible for him to dance again. Everybody knows of course that penguins are allergic to battery acid and so the DJ’s made sure they could wind up his mechanism with a large key which they connected through his back.

Nowadays Pengo is a happy bird and a successful label manager, his first release is produced exclusively for him by Critical Mass, immediatly followed by an EP from DJ Weirdo & DJ Sim. The bird nation also expects some stuff from DJ’s like E-Rick & Tactic, Scott Brown, The Dreamteam and all other friends Pengo met the last couple of months …”

With its cartoon mascot & bright coloured covers, Pengo epitomized the Dutch Happy Gabber scene in its appearance. As always, it was the music that held the most importance. Pengo stood out from other Happy Gabber labels, through its involvement with artists from the EURO DANCE scene, resulting in many original vocal productions. Some of the most recognizable vocals in the history of Hardcore were originally recorded for Pengo releases.

For an example of Pengo’s epicness, perhaps we’d better start at the beginning. But PENGO 001, in  my humble opinion, really doesn’t live up to the honour of being the labels inaugural release. It’s on PENGO 002 that we find the first massive track: The “Extended Rave Version” of GO GET BUSY by DJ WEIRDO & DJ SIM. Big bouncy kicks and tear-out breaks combine with chipmunk vocals and a hyper piano anthem, unexpectedly breaking down into a trancey ride that builds and builds, seemingly to no end, until the tune finally explodes back into the main theme. This IS the peak of the ecstasy driven days of raving, captured in song!

The above track is an original VINYL RIP, cuz when I give you OLDSCHOOL, I give it to you proper. But if that’s not your thing, there is a DIGITALLY REMASTERED VERSION available for you.

If Pengo & PINGU got into a fight, who do you think would win?