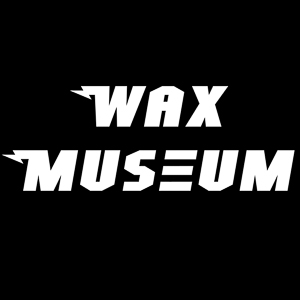 This month’s topic is the introduction of Top 40 artists sampling house songs and rapping over them. While ViVi was certain the 2008 Mims remix of Enur’s ‘Calabria’ had spurred this phenomenon, of course, Pitbull was the first, and true pioneer of this style.

Well wait, before we rip on Pitbull, let’s look at a previous and much better example of sampling house: Busta Rhymes 2005 ‘Touch It’, which samples Daft Punk’s ‘Technologic’.


This track was a banger, but unlike most of the songs we’re going to talk about, there was a lot of original production on the track, and only the acapella from Technologic was used. As this is also a hip hop track, it is a better example of a Hip Hop artist reworking electronic songs such as Kanye’s ‘Stronger’ or Jay-Z’s ‘On To The Next One’, and probably another blog altogether.

Chronologically after this song, Pitbull released ‘The Anthem’ in 2007, which was a rip of a 2003 track called ‘Calabria’ or ‘Calabria Unknown’ by Enur that sampled Alex Gaudino and Crystal Waters ‘Destination Unknown’. In 2008, Mims did a remix of Enur’s 2007 re-release ‘Calabria 2007’ featuring dancehall beats and vocals from Natasja Saad. So Pitbull really was the forefather of this style?

Pitbull’s first major label release was 2009’s Rebeloution, on which the 3 singles were all examples of this:


Cream, by Italian producer Frederico Franchi, gained success in Holland as the Dutch House sound appeared, and this remix may have led to huge radio play for LMFAO’s 2009 mashup of ‘I’m In Miami Bitch’ and Chuckie’s 2008 ‘Let The Bass Kick’. Also known as ‘Let The Bass Kick In Miami Bitch’, this song received more airplay and ranked higher on the charts. Pitbull was back on top of this trend in 2010 with Bon Bon, capitalizing on the fame of  Yolanda Be Cool’s hit ‘We Speak No Americano’

Let The Bass Kick In Miami Bitch – LMFAO vs. Chuckie


Of course we couldn’t write a blatant rip off blog without mentioning Flo Rida. Starting in 2009 with the awful remake of Eiffel 65’s ‘Blue’ known as ‘Sugar’ ft. Wynter Gordon. (We really didn’t need to be reminded of this dark time in music!) He hit rock bottom trying to ride the Levels phenomenon in 2011 with ‘Good Feeling‘. This was absolutely the worst song ever. Vivi’s saving grace with rips like this is that sometimes it means you can play a song that you couldn’t usually play, but we could already play levels! On repeat for 5 hours if we wanted to! This was completely unnecessary. Along with this idea, Jason DeRulo‘s 2011 ‘Don’t Want to go Home’ sampled ‘Show Me Love‘. I mean, did you really have to take a classic away from our sets like that and force us to play your shitty version for a commercial crowd?


So that brings us to 2012, another year of nothing original taking place in Top 40. Let’s add Lil Jon to the list with ‘Drink’ sampling Bingo Players 2009 ‘Devotion’. Flo Rida, of course, just hit the radio with ‘I Cry’ also sampling Bingo Players 2011 track ‘Cry (Just A Little)’. The saddest part of this is we started playing this banger when it dropped over a year before, but no one in the commercial clubs cared. Now? Everyone requests that ‘cry song I heard on the radio today’. Before we cry a little, let’s look at a song that did get more awesome with a Top 40 flip. Pitbull’s ‘Don’t Stop the Party’ dropped late last year and is a banger! Sampling TJR’s ‘Funky Vodka’, this song added some fun “Yeah Yeah Yeah’s” to the call out “I said y’all havin a good time out there” and a bouncy chorus. (Although we could have done without Pitbull’s rap verses) So thanks Pitbull, hopefully this is a light and the end of a very very dark tunnel.

For this month’s Bootleg we chose to give Pitbull a taste of his own medicine! We jumped in our DeLorean, headed back in time and laid the acapella of I’ll House You by the Jungle Brothers overtop Go Girl by Pitbull. They integrate seamlessly, further proving the point of how easy it is to make Top 40 music today.

So how do the member’s of Wax Museum feel about this song?

Etro Thinks: I’m all for upbeat music and the good vibe that’s usually associated with house music but I could really do without the bubble gum lyrics plastered all over it. For me, the draw to house music is the feelings that are evoked with the notes and melodies. It’s a more personal experience. I am a sucker for people like Kaskade and Deadmau5 though. Producers such as these manage to integrate lovely, deep, melodic vocals over many of their tracks which only add to the mood of the song.

Vivi Thinks: Like I said before, I can accept these mixes when they sample songs I don’t usually get to play. I can throw on the hook of the re-do and then break into the original or a cool remix – but, a lot of this shit is just shameful. It makes me shudder when I find myself deprived of a great track and having to play a horrible mix of it.

The Ongoing History of Songs that Changed Top 40

While Bob Sinclar enjoyed success from “Love Generation” and “World, Hold On” prior to this release we feel this was the standout single from the album “Western Dream”. Reaching #1 on Billboard’s Top 100 Dance chart it was the first of it’s kind to showcase the 3-3-2 drum beat which was classically used for reggae music. A rhythm such as this provides momentum to the song which is exactly what commercial songs today use to their advantage.