MUSEUM MONDAYS: THE INFLUENCE OF DUBSTEP IN TOP 40 by Wax Museum 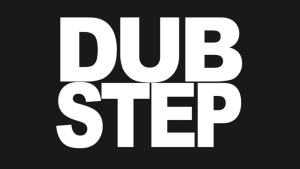 The Influence of Dubstep in Top 40

Now, a few year after the dubstep craze has come and almost gone, we’re going to assume you know what we’re talking about. When we first heard it we thought; no way is this going to make it into the mainstream – it’s too dark, too aggressive and too wild for the general listeners’ ears. But, lo and behold, sometime after, it was all the rage with Bro’s in tight tee’s fist pumping to the dirty beats. While this trend may have subsided as new styles became popular, we’re still going to take a look back at Top 40 artists that tried to capitalize on Dubstep.

The first artists took it easy, simply having their halftime breakdowns with a light dub sound. The first example that we heard and got people talking about this was, surprisingly, ‘Hold It Against Me’ by Britney. I suppose after her failed album previous to this songs release she was looking to do something new. While the rest of the song was a normal sound for the ex-pop princess at the time, this was a very surprising twist. Now, if you’ve been following our posts, you might remember us talking about pop producer Dr. Luke. (re: Ke$ha Die Young Blog) the innovator of creating a pop sound and producing countless songs for all the big artists that sound exactly the same. Well, ‘Hold It Against Me’ wasn’t the only song he put the dubstep spin on, he did the same with our next track

‘You Da One” by Rihanna follows the same format. Normal slow song which all of a sudden turns into dubstep in the breakdown. Also another song we previously DISS-cussed is Flo Rida’s ‘Good Feeling’, the Dr. Luke ‘Levels’ remake. Gang Bang by Madonna also featured the same sound but we’re not even going to address all the problems with this – namely Madonna, why are you still making music and WHY would you put out a song under this title. Gross mental image!

Now over in the UK, where the Dub sound was popular long before it was in North America. You had artists like Katy B’s ‘On a Mission’ that had a full dubstep sound which overpowered the pop/dance sounds which hit #2 on the UK Charts.

On the American Hip Hop side of things you have Kanye and Jay Z’s ‘Niggaz in Paris’ featuring a very stripped version of a dubstep breakdown. Obviously this tune was a banger, but even during the height of its popularity, people never seemed to really react to this portion of the song.

Now we’re not sure if the general public was aware of this trend but certainly by the time Skrillex hit the radio, people began to recognize the style. Now, when Vivi was working for KISS 92.5 in Toronto for a live-to-air program it was always “STOP PLAYING DUBSTEP REMIXES OF KATY PERRY!” (look, the restrictions were tight and that was me pushing the boundaries!) And then one day I’m checking that weeks ADD’s and SKRILLEX is on there. While at first it was only his remixes of Benny Benassi’s ‘Cinema’ and Avicii’s ‘Levels’, the effects on the crowds were noticeable. All of a sudden, religiously, Top 40 patrons were asking for anything Skrillex, bringing into the pop music genre and leading to radio play for releases such as ‘Bangarang’ as soon as they became available.

So in conclusion, this seems to be a trend that has already come and gone, being replaced with new electronic trends such as Moombahton and Trap, but we still get dubstep requests from time to time – mostly now for awful noisy bro-step. But whatever, at least it’s a more creative time for requests than “That new Flo Rida song” (Can you tell we really don’t like Flo Rida?)

Etro Thinks: I have mixed feelings about the dubstep breakdown. If used correctly it can evoke a lot of emotion in a song. Ideally it can provide a brief pause in the monotonous club kick to lay down a lovely synth line with euphoric vocals, unfortunately most of the time that’s not the case and I end up using it as a transition into Hip Hop.

Vivi Thinks: I guess in theory the influence was cool, but the major flaw was the breakdowns would always come after the second chorus, after which good Top 40 DJ’s would have mixed out. I even tried mixing in later, but I found crowds just didn’t know how to move to it. It was usually a cue to go to the bar for a drink.

The Ongoing History of Top 40 – The Synthesizer

In 1965 Robert Moog released the first commercially available synthesizer, paving the way for the sound we’ve become accustomed to. As the technology advanced they began to reach the likes of The Rolling Stones who released ‘2000 Light Years From Home’ and the title track from The Doors album ‘Strange Days’. In the late 70’s and early 80’s artists like Gary Numan and Depeche Mode developed their sound using the Moog as the driving sound behind their classics Cars (1979) and Just Can’t Get Enough (1981). The synth exploded in the 80’s and has almost become the symbolic sound of Pop Music of that era. Today, in the advent of readily available software it has taken over once again. This time, however, standalone keyboards have given way to midi controllers and the possible sounds you can create almost seem infinite. The saturation of the synthesizer in mainstream music today is a sign of the technological age we’re all living in.