The majority of the time, the merit of a  MIXTAPE is purely for our enjoyment, and we’d never expect anything more of one. Nevertheless, a Mix holds the potential to prove a point, or even make a political statement. The following mix is not only a fine example of this, it’s possibly the best one. 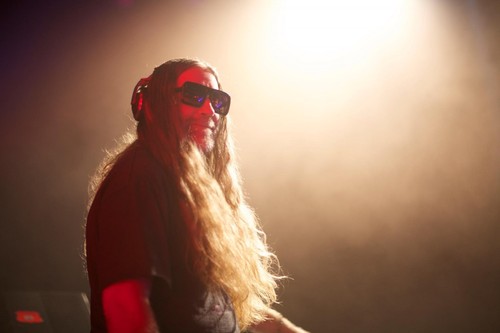 One of the most prolific artists in the world, not only recognized for his musical talents, but also for his passion, and presence as an ambassador for EDM culture. Though he has resided in NYC for many years, now, Tommie grew up in Chicago, and fell hopelessly in love with HOUSE music when it was in its infancy. He watched House grow from its meager beginnings, and always longed for it to, someday, saturate the mainstream, so that long time supporters could enjoy success, and masses of people could gain the same appreciation that he first felt so many years ago. Tommie gained major notoriety, in the early Noughties, from his embracing of the then new ELECTRO House movement, and quickly became a go-to name for Electronic remixes of INDIE ROCK hits. Through the success of such remixes, Tommie was launched into super-stardom, and now regularly headlines festivals and massive clubs all over the globe.

In 2012, Tommie’s dream of mainstream success for EDM reached a full realization, which resulted in a predictable backlash from members of the “underground”, some of which were true pioneers and major players in the history of Electronic music. Always the outspoken one, Tommie felt urged to defend modern EDM, which caused him to come under fire by bloggers, who accused him of not knowing the difference between “EDM and real House”. Knowing that music speaks louder than words, Tommie came to his defense in the form of a mixtape. An ingenious tactic, and the result is phenomenal. 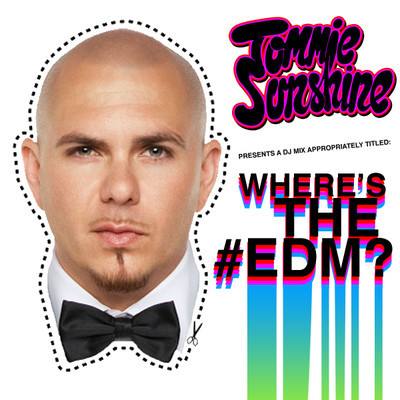 Tommie returns to his Chicago House roots, through this mix, which showcases tracks by key figures in the current HOUSE REVIVAL scene. There are few artists as well-spoken as Tommie, so rather than describe this mix, in my own words, I feel I’m doing it more justice by printing his own.

“In all of the pandemonium of the last few weeks I felt it necessary to make a mix that reflects my roots in Chicago & shows all the Underground nut jobs who berated me that I do, in fact, know the difference between EDM & House Music.
This is a listening mix meant to be enjoyed loud.
This is not the direction of my live sets for 2013; this is just a love letter to the city that made me want to be a DJ.
These artists above are some of the best ones making this Deep style & their catalogs are worth exploring.
I hope you all enjoy this as much as I did making it.
I hope you dance as much as I did while making it.
This is House Music.”

HIGH POINTS: No stream of consciousness selecting here. This mix is compiled with thoughtful intention from start to finish. It begins with an explosion of deep, passionate energy. There’s a wonderful variety of sounds, from soulful vocals, to funky hooks, to spoken word journeys, with plenty of epic, trancey, hands up, builds that will take oldschoolers back to the days of massive 90s warehouse parties, while helping young ravers to fall in love with the more mature side of the music they rage to. Like so many classic albums, this ride ends with a moment of reflection, as soul meets beauty, in a deep, chilled out NEW ORDER cover, by NUDISCO darlings, CHROMATICS. Gorgeous and perfect! Without peeking at the track list, one would assume that what they are about to hear is a compilation of the most influencial numbers from Tommie’s past. Instead, he surprises us by showing that he knows exactly what’s going on in the modern House scene, which really drives his point home. Not only is he undeniably aware of the difference between EDM and House, he also proves that he knows where it’s going. If you’re a House music enthusiast, these are the artists to keep an ear on in 2013.

LOW POINTS: Tommie wrote it himself, in an ARTICLE FOR HUFFINGTON POST. “We all have the attention spans of fleas, thanks to our phones”. Whatever the reasons, the reality is that we no longer have the patience to listen through an entire 12″ mix of a tune. One of the main reasons we enjoy MIXTAPES, is that we get a sampling of many songs, packaged into one easy to manage file. So many times in this mix, I found myself eagerly awaiting the next song, as I wade through a minute of gradually blending intro/outro percussion. This style of mixing used to be so common, and perhaps Tommie felt it proper to showcase his House music knowledge in a traditional fashion. Fair enough. But I know Tommie is a major endorser of mentoring young ravers. Surely, then, he knows that young people benefit from having history explained to them in terms that they understand. In that regard, I feel that the mixing style of this tape might just be too “old” to hold appeal for a younger listening audience. And it’s not like us older heads have much more of an attention span, either. It’s the phones, damnit!

The mixing may be slow, but as each new track winds in, it quickly becomes entirely worth the wait. What a compelling and enjoyable experience, from one of House musics most passionate and intelligent supporters. Thank you, Tommie.

This… is OUR HOUSE!