Mondays are a great night of the week to kick it with some beer, weed, and friends, watching Youtube clips. Remember TV? What’s that like, these days??? Let’s make this month’s MOVIE MONDAY a well rounded emotional experience, starting with something to make you giggle.

That shirt says it all. I wonder if he understands the concept of foreshadowing. Hahaaaaa!

THE BEASTIE BOYS – AN OPEN LETTER TO NYC 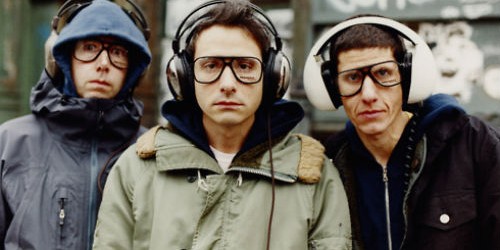 “The true New Yorker secretly believes that people living anywhere else have to be, in some sense, kidding.” – JOHN UPDIKE

Newyorkers rep their city more passionately than anyone else in North America. Among the most famous of proud Newyorkers are THE BEASTIE BOYS. They gave their tribute to the city they love in both musical AND video form. The B-Boys always put such ingenuity into their videos. The stop motion must have taken forever! I’ve never seen that angle, looking up from the skateboard, anywhere else. Soooo dope!

Another proud Newyorker, TOMMIE SUNSHINE, MASHED The B-Boys with a big club banger, from FIREBEATZ, as his own little wadup to his hometown. Grab it below.

Before I moved to NYC, I used to use that Beastie Boys jam to remember the names of all 5 boroughs. Heeheee. RIP MCA.

If this is where HIP HOP is going next, it’s going to be a very odd future….. See what I did there? But seriously, I’ve written before about how I adore Rappers that speak out against Hip Hop’s strict cultural stereo types. These kids are blowing them all away, with a stiff middle finger, and a bitch slap to the face of those usual nigguhs.

Thanx to LENORA JAYNE for help with this month’s selections. If YOU have a sweet video you wanna share with me, don’t be shy. gobsthezombie@gmail.com