PLASTICIAN: THE UNINTENTIONAL CREATION OF DUBSTEP & GRIME, AND THE FUTURE OF BASS MUSIC

Perhaps I should start a “Misfits” category on DKGL, for all of those wonderful tunes that defy categorization. I’ve got one of those for you, that comes from a VIP (very important producer) whom you really should know about. 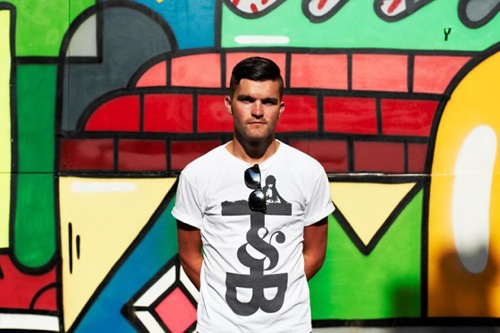 In the early turn of the millenium, a London, UK GARAGE DJ, then named Darkstar, grew interested in pursuing a darker style of his sound. In doing so, he unintentionally became a pioneer of both DUBSTEP, and GRIME.

Changing his name to PLASTICMAN, his early pursuals of this “dark Garage” first got noticed by DJ SLIMZEE, who, himself, was developing a new style of music that would fuse Garage and HIP HOP, with a distinctly British-Carribean style of MCing. Plasticman soon found himself working with underground MCs, in a scene that would explode in the UK, under the name, “Grime”. Recognition continually built for Plasticman’s instrumentals, which scored him a prestigious residency at FWD, the worlds first club night to focus on and push the sound that, by this point, had been branded as “Dubstep”. His popularity grew further when he began hosting a radio program on the infamous RINSE FM station, which soon led him to a show on BBC RADIO 1.

In 2006, Reed was threatened with legal action, by Techno pioneer, PLASTIKMAN, which led to a name change. Moving forward, as Plastician, he continued to progress the global reach of Dubstep, as it grew immensely in popularity all over the world. Like most of Dubstep’s pioneers, Plastician is now distancing his productions from the scenes he helped create, in favour of further musical experimentation, which has recently led him to the exciting new realm of FUTURE JUNGLE.

BAD LIKE US had been circulating, as an instrumental, for a while before Plastician invited Grime MC, DOCTOR, to add some vocal flare to the track. The general consensus is that Doctor managed to bring even more firepower to this already hype tune, which fuses OLDSCHOOL RAVE BREAKS and synths with Garage beats. This tune is so fresh and epitomizes what good music is all about in 2013: Progressing into the future by flirting with the past.

No surprise, Plastician is still a step ahead of the game.