Posted in CAN CON, ROCK

Can we take a brief break from the EDM? If you’re shaking your head in disapproval, read on anyways. I’m gonna expand your horizons. 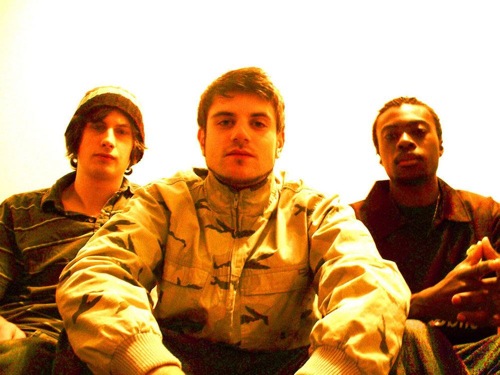 I’m always a big supporter of fellow Torontonians, but my love for this Canadian trio goes much deeper than hometown pride. WHEN THE NIGHTS FEELS MY SONG was an anthem of my summer, in 2005. Generally, I cringe when white people attempt to do anything REGGAE related. It’s partly the fake Jamaican accent, but mostly it’s that they are lacking in the passion that seems to emanate from the souls of Carribean people, when they sing this stuff. I believe you can spot real passion in music. It’s what makes the good songs stand out from the disposable junk, and you just don’t get it, when white folks do Reggae. This generalization does not hold true, however, in the case of lead singer, JAY MALINOWSKI, who’s songs float perfectly on their own plane, between ROOTS REGGAE and SKA. His voice is filled with knowledge and wisdom, his lyrics are beautiful and uplifting, and together with his partners, he makes music that is simple and very catchy. The kind of songs you can’t get out of your head for days. The kind of songs that are the most difficult to write.

So you don’t buy the whole being able to hear passion thing? Than consider this: There’s something special about the band that has been recognized by several legendary musical pioneers. They’ve toured with THE SKATALITES, DAMIAN MARLEY, & NO DOUBT, among others. They’ve also collabed on a variety of projects with DARRYL JENIFER of BAD BRAINS, VERNON BUCKLEY of THE MAYTONES, and KING BRITT. Clearly, I’m not the only one who hears it.

Surprisingly, aside from the aforementioned, my favourite song, by Bedouin Soundclash, is a cover. I usually dislike covers, but their transformation of U2’s NEW YEARS DAY into a POLICE-esque DUB rinse out is awesomely beautiful. There’s a short VIDEO VERSION of it available, but it’s a rare, unreleased live version, running 6:41, that is the real gem, and I’m about to share it with you.