MOVIE MONDAY: UNAIRED BEASTIES, MAY THE FOURTH BE WITH YOU, and ULTIMATE ZOMBIE RAVE

May isn’t even over yet, and it’s already been an epic month. Since it’s a holiday, in Canada, today, I know at least a good portion of you are at home chillin’ so here’s some choice viewing material to keep you occupied on your day off.

Wowwww! Extremely epic ZOMBIE themed music vid. WARNING: This is not for the squeamish. It gets severely gorey. That’s why I like it so much.

MAY THE FOURTH BE WITH YOU! I celebrated it by watching the entire Episode 1 Review and laughing my ass off (alone, cuz my friends are drunken assholes).  If you’ve taken the time to sit through the disappointing, legend ruining piece of garbage that is The Phantom Menace, you WILL love watching this 7 part, 90 min examination of why this movie sucks. It goes into great detail and approaches the film from every angle. It’s a hate filled masterpiece! I’ll start you off with part 1…

THE BEASTIE BOYS – UNAIRED APPEARANCE ON THE CHAPPELLE SHOW 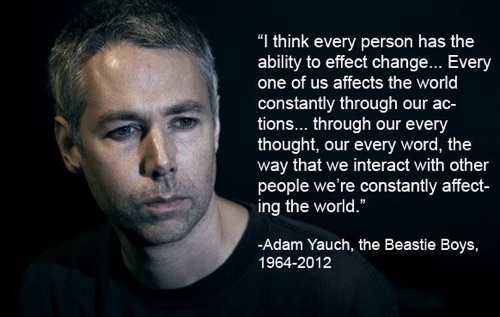 A day after the 1 year anniversary of MCA’s passing, May 5 marked the second annual ADAM YAUCH DAY, in Brooklyn. A park was named after and dedicated to Yauch. I wasn’t able to be in NYC day of the event, so instead, I spent the following day reading about the celebrations, and watching old B-Boys vids. The Beastie Boys were my favourite band, and The Beatles of my generation. I’ll be heading over to ADAM YAUCH PARK later this week, to pay my respects to one of my heroes.

THE NEW STYLE is a very underrated gem. Found on their FIRST ALBUM, it is the most sampled Beastie Boys song of all time. Some of the lines in this song are used so commonly, in EDM, that they have virtually become detached from the song on which they were originally recorded. Interestingly, the most notable sampling of The New Style is by The Beastie Boys, themselves, in their 1998 mega-hit, INTERGALACTIC. “Mmmmmmm Drrrooooopp!”

The B-Boys performed The New Style, on a boat, just off the coast of Manhattan, for a scheduled guest appearance on CHAPPELLE’S SHOW which, for some reason, never made it to air. A rough cut of the performance finally made its way onto the internet shortly after Yauch’s death. A brilliant performance from the greatest band that ever was. Check it out, and then make sure you add The New Style to your collection, via the FREE DOWNLOAD below. It’s a VINYL RIP, from my very own copy of LICENSE TO ILL, which I hold soooo dearly.

DOWNLOAD: The Beastie Boys – The New Style (RIGHT CLICK>SAVE AS)

Thanx to SAMANTHA LEVITAN, and BANGFACE TV for help with this month’s selections. If YOU have a sweet video you wanna share with me, I won’t even get mad. gobsthezombie@gmail.com

One Response to MOVIE MONDAY: UNAIRED BEASTIES, MAY THE FOURTH BE WITH YOU, and ULTIMATE ZOMBIE RAVE