You can learn a lot about an artist by exploring the things that influenced them early on. We are all shaped heavily by the sounds and images of our adolescence. They remain at the core of our being, and we can never really escape them. The following is from that era of my own life. 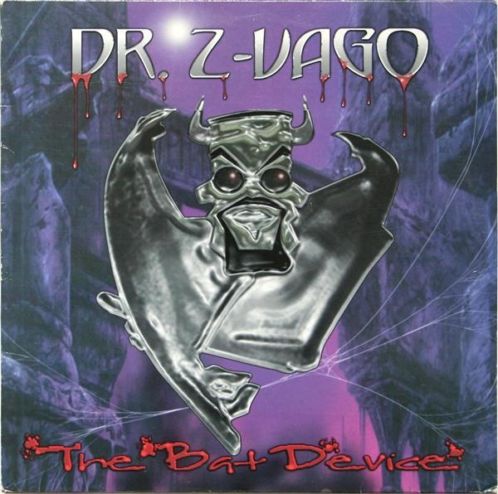 Dutch producer, Angelo Goede, is a prolific artist, in the world of HARDCORE TECHNO. He began his conquests, in 1994, releasing HAPPY GABBA, as XD. Under this moniker, he made some great Rave tunes, but it was in 1996 that Angelo found his place in the GABBER hall of fame, when he changed his stage name to DR. Z-VAGO, and released THE BAT DEVICE.

Timing is important, in music, and The Bat Device came out at a crucial time, when the Gabber scene was just starting to shift its focus away from happy, euphoric melodies, back to the darker, harder sounds at it’s roots. The Bat Device served as a perfect bridge between the 2 worlds, hitting hard, with aggressive stabs, the whole way through, but still maintaining a strong musical hook. At a time when Hardcore was driven by its 170-190 bpm’s, The Bat Device started off quite a bit slower than the norm, until the middle of the tune, where it speeds up to a blisteringly fast pace, thus demonstrating that the key characteristics of Hardcore were not bound by any tempo. You might be able to connect The Bat Device with the early beginnings of NEWSTYLE GABBER, which clocked in at a much slower pace than earlier Gabber had ever been. With its odd tempo changes, The Bat Device most often had to be played in its entirety, which would have hindered its popularity, had it not been able to maintain such a compelling structure and theme. For achieving just that, Dr. Z-Vago is owed the highest accolades.

It would be nice if the music of my “roots” didn’t clear the floor whenever played in North America. C’est La Vie.