**EXCLUSIVE** MELODY JOY WAS MADE TO LOVE

She’s co-hosted my RADIO SHOW, collabed on several tunes (coming soon), appeared as one of my FACEBOOK CREEPS OF THE WEEK, and partied her ass off with me, but I’m still surprised, flattered and honoured that a certain rising NYC POP star has picked DKGL to EXCLUSIVELY host her newest tune. Eeeee! 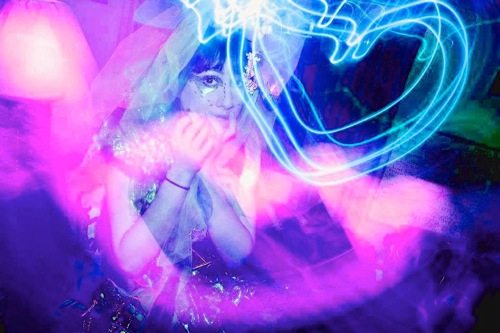 Pittsburgh’s favourite energy drink addicted ELECTRO POP princess, MELODY JOY, has spent the past year making her mark on NYC’s underground music scene, and in that time, has become a recognized figure anywhere that outlandish attire and debaucherous behaviour is welcomed. Those who have encountered her usually have a similar thing to say. She sure is a sweet heart for such a diva. It’s true, Melody really does care about people, and it shows in her live performances. She’s not satisfied unless she knows every person in the room is forgetting about their worries and having a great time.

Melody is often compared to LADY GAGA, largely due to her wild exhibitionist fashion sense (provided by the FAITH N KHAOS clothing label), and Goth/Fetish/Horror movie influences, but I bet Gaga doesn’t know her way around a production studio the way Melody does. All of her music, up until quite recently, has been completely self produced. I can’t think of any other Pop vocalist who can boast that. Melody is all about individuality, and in this way, she certainly does stand out in the overcrowded EDM scene, causing many producers to take notice. It’s due to overwhelming demand for her talents that Melody has begun collabing with other artists in recent months.

Her latest release, titled MADE TO LOVE, really showcases Melody’s songwriting skills. She’s taken an experimental, multi-tempo instrumental, produced by fellow Pennsylvanian, PARADOX CYPHER, and transformed it into a captivating anthem for staying positive in the face of overwhelming negativity. The music is gorgeous, her singing is inspiring, and her rapping is on point! This song, that could easily be found on an album, is being offered, by Melody, as a FREE DOWNLOAD, and DKGL is the only place to get it. Soooooo…. GET IT!

DOWNLOAD:  Melody Joy – Made To Love (RIGHT CLICK>SAVE AS)

One Response to **EXCLUSIVE** MELODY JOY WAS MADE TO LOVE