Have you ever fallen asleep on a plane and woken up in a fairy tale? A inexplicable landscape, blanketed in breathtaking sights that seem extraterrestrial. Wax Museum had a once in a lifetime chance to experience this in Iceland in June of 2013 armed with a tiny rental car, a tent, and an opportunity to explore a world beyond our wildest dreams. We embarked on a journey around the entire country and two weeks, 3500kms, $400 in gas, and countless hot dogs & Coca-Cola’s later, we had enjoyed an adventure of epic proportions.

This is our story.

While Iceland’s mind-blowing scenery and accessibility translated into the most freedom and intense experiences we’ve ever had on any trip, there was something to be said about the soundtrack. Since Wax Museum loves all kinds of music, we thought we’d bring you a new edition: 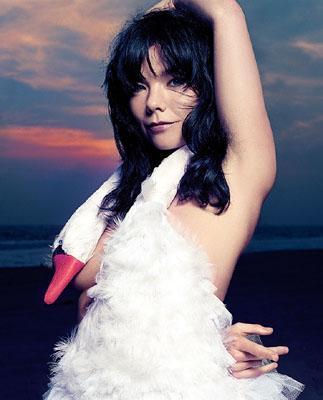 No, not really. Most people who happen to think about Iceland automatically say BJORK!, but that is like saying Brian Adams is the only thing come out of Canadian music. So we’re going to take a deeper look.

First and most importantly is Icelandic indie folk band: Of Monsters & Men, whose songs we used for our video. According to my itunes count, we listened to their debut album “My Head Is An Animal” 43 times on our two week journey. This album is solid from first song to last, so we’ve included the entire album. We promise if you want to chill out and listen to something amazing this summer, grab a glass of sangria or a beer and pump this playlist. If you’d like to support this incredible band you can download the album on iTunes for a very reasonable $9.99.

You may already know their hit “Little Talks”

& We’d also recommend checking out this live version of “Dirty Paws”
Their voices blow our minds.

While driving around the south coast, ViVi fell in love with this song by electro-pop group FM Belfast. While “We Are Faster Than You” has an awesome vibe, we didn’t really find anything else we liked on their album.

Next up on the list we discovered Retro Stefson’s “Glow,” alternative pop group from Reykajavik.

Following this we found fun electro-pop quartet called “Kiriyama Family,” with their track “Sneaky Boots.” Here is their soundcloud as we couldn’t find an original youtube video that wasn’t live. While we aren’t crazy about the lyrics in this tune, the beat and tune is awesome.

Wait… there is Icelandic reggae? In Icelandic too? The song is Hreppstjorinn by Ojba Rasta. We’re not sure how we feel about this track, but how couldn’t we add it to the list?

Of course, we can’t discuss Icelandic music without including Sigur Ros. Here is “Svefn-g-englar” a 9 minute journey through something that we won’t even dare try to explain.

And although it isn’t Icelandic, the video was shot there, and it was a huge influence on our choice to visit Iceland. You may notice some of the same spots in this video featured in ours. Here is Holocene by Bon Iver.

If you’d like to find out more about our trip to Iceland, follow this link to our travel blog. Or, if you’d like to see the video we did for out January 2013 trip to Turkey, you can check it out here.