HEADUCATION: SOMEBODY TO LOVE THROUGH MULTIPLE GENERATIONS

You could argue, speculatively, that if not JEFFERSON AIRPLANE, it would have been THE GRATEFUL DEAD, or JANIS JOPLIN, that ended up being acquainted most strongly with the Hippy culture explosion of 1967, but due to perfect timing and commercially friendly POWER POP appeal, it was a song, titled SOMEBODY TO LOVE, that will forever hold that connection.

JEFFERSON AIRPLANE – SOMEBODY TO LOVE 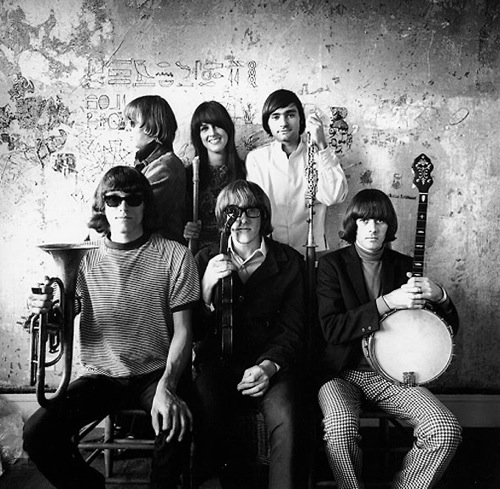 The song was uncharacteristic of the band who, previously, focused on much more of a FOLK ROCK sound. It’s easily relatable theme of alienation, and singable, prominent chorus made it the ideal anthem of San Francisco’s Flower Child scene, being released in the spring of ’67, leading up to the “Summer Of Love” that saw Hippy culture become over-popularized by the media, resulting in its fall from popularity, in the years following. Below is the most popular performance of the song, at WOODSTOCK, in ’69.

Most commonly, when a song becomes so closely associated with a point in history, it stays there, secluded to tribute concerts, and throwback compilations. Somebody To Love, however, has managed to re-surface in popular culture several times, due to some very key appearances, making it a song shared by multiple generations.

In the mid-nineties, there was a 60’s revival, which exposed Hippy culture to an entirely new group of adolescents. This revival made Somebody To Love, a song so closely associated with the culture, an obvious choice for JIM CARREY to cover, during the Karaoke scene, in his 1996 dark comedy, CABLE GUY. Carrey plays up the odd, signature quiver in singer, Grace Slick’s, voice. The scene, itself, became a widely shared and imitated piece of media, for years to come.

2 years later, the song made another important appearance in the infamous LSD scene of FEAR & LOATHING IN LAS VEGAS, a movie that has remained must see viewing for adolescents ever since its initial release.

With all of these widely received assocations now under its belt, Somebody To Love was a well chosen source to be transformed into an ELECTRO HOUSE banger, by German duo, BOOGIE PIMPS, in 2004. Largely due to the appeal of its music video, this version became a Top 40 hit all over the world, exposing it to an audience too young for Cable Guy or Fear & Loathing, let alone any awareness of the San Fran Hippy scene.

Today, Somebody To Love has strong pop culture associations that span multiple decades. There are very few songs (if any) that can hold a similar claim. It’s not infeasible to imagine that it likely won’t be long before this song is exposed to a new generation once again. The next time, I won’t be surprised.

No matter what age you are, this is an important song that SHOULD be in your collection. If it already is… good looks! If not… it’s about time we change that. You with me?!

DOWNLOAD: Jefferson Airplane – Somebody To Love (RIGHT CLICK>SAVE AS)

If you’re not with me… what are you still doing here?!?!