THROWBACK THURSDAYS: CAROLINE AT HER SWEETEST

Any Bostonites in the build? This one is for you! 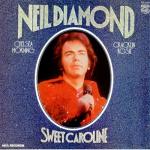 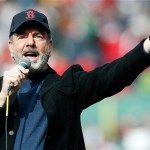 It’s one of histories greatest sing-a-long songs. Originally released in 1969, it was 44 years later, in 2013, that this single peaked in popularity. Because of its reputation as a crowd pleaser, Boston’s Fenway Park began playing the song, during Red Sox games, in 1997. Before long, it was a staple of the stadium’s sporting event soundtrack, and as a result, SWEET CAROLINE became synonymous with the city of Boston. In Spring of 2013, after the tragic bombing, during the Boston Marathon, many stadiums played the song, accompanied by moments of silence in memory of the victims. At Fenway Park, Diamond performed the song, dedicating it to the victims of the bombing, and later announced that all royalties from digital sales of Sweet Caroline would be donated to ONE FUND BOSTON, a charity that raises money to support families struggling as a result of the bombing. Since that announcement, nearly 2 million units have been sold. Not in your collection? Give it a spin, then do the right thing, and buy yourself a download. 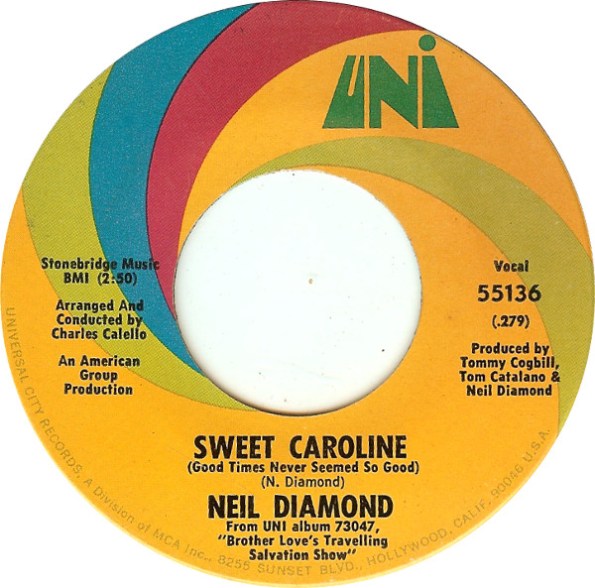 With beloved sing-a-long songs like this one, I feel like the only proper way to own them is on a 45. These classic 7″ singles are filled with the nostalgia of kids in diners picking their favourite songs on juke box, and singing along. For this song, all an original pressing of the single will cost you is $3 USD. Not bad for a vital additon to a well rounded collection.

Even if you didn’t “baaa baaa baaaaaaa” out loud, I know you were thinking it.