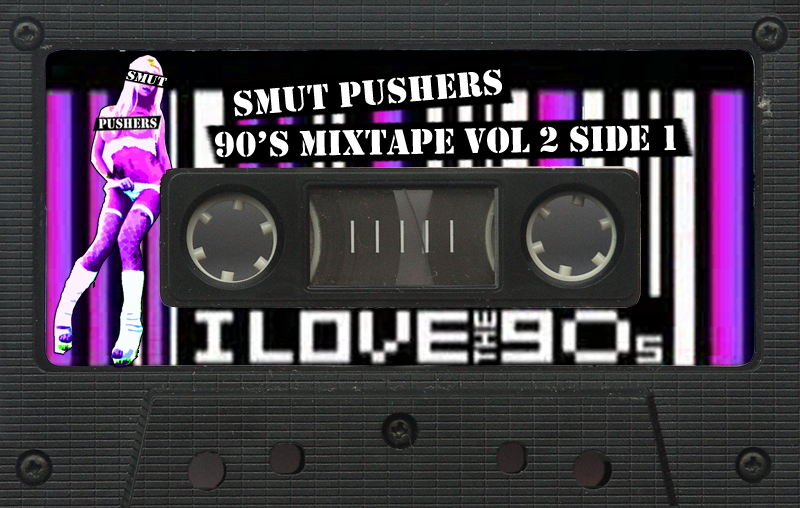 Posted in CAN CON, FRIENDS OF DEAD KIDS, MIXTAPES, OLDSCHOOL

I’ve been wanting to put together a new SMUT PUSHERS 90s MIXTAPE, literally, for years. This past weekend, I finally got a decent excuse.

From 2007 through 2009, me and VIVI DIAMOND threw a debaucherous dance party, called THUNDERPUSSY, Sundays, inside Toronto’s legendary Bovine Sex Club.

The wildest nights we ever had were our NO PANTS CLUB’s and our NINETIES PARTIES. On May 11 of 2014, we reunited to combine both ideas into one insanely awesome experience… NO PANTS CLUB: 90s NIGHT!!!

The event may have come and gone, but the resulting MIXTAPE lives on. Enjoy these sounds, from the most fun decade in history. This is one mighty important song. It’s success marked the acceptance of Electronic music into the mainstream, which is something that, for some reason, we were all hoping for, in The Nineties. As a Pop hit, it also carries importance in being one of the few instrumental songs to break the Top 40 Charts. VERY few songs have managed to do that. CHILDREN might, infact, be regarded as the most successful instrumental in history.

I bet you didn’t know, ROBERT MILES composed the song for use at the end of his sets, as a way to mellow out club and rave attendees, before embarking on their journeys home. This idea was actually a musical movement, in Italy, at the time, in response to many nightlife related car accidents. A vital tune, for sure. Add the RADIO EDIT to your collection.