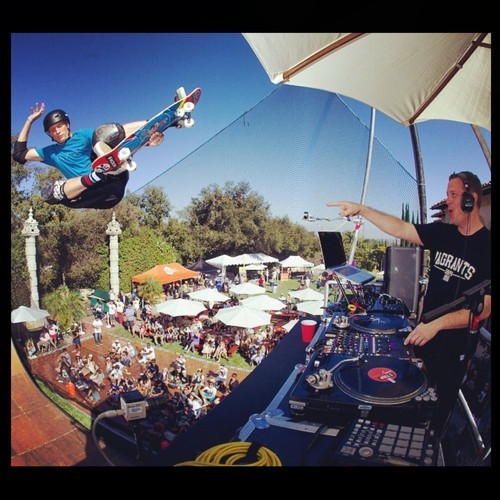 This one’s for the SK8ERS, and I bet you neva heard nothin’ like this. 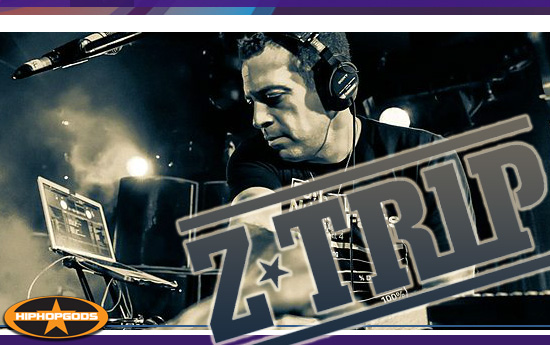 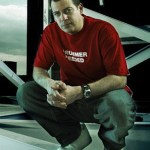 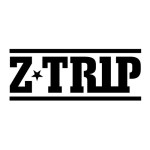 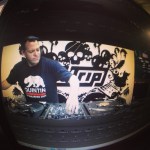 Z-Trip is often referred to as the Rick Rubin of the DJ world. His roots are based in Hip Hop, but he covers and loves all music styles. Considered by many as the godfather of mash-ups, his style of mixing and producing reaches way beyond that. Z-Trip received the title of “America’s Best DJ” and still remains on the top 10 lists year after year. Above that, he helped design his own signature series DJ mixer, the Rane 62Z. Just like Rick, Z-Trip has collaborated with some of the very best to ever do it: Nas, Bassnectar, Public Enemy, DJ Shadow, Rakim, Shepard Fairey, Talib Kweli and many others.

Z-Trip’s sound has a unique place in todays music scene. As a performer, he is one of the very few able to play traditional festivals like Coachella, Lollapalooza, Bonaroo, SXSW and Australia’s Big Day Out, as well as the EDM circuit. His Electric Daisy Carnival and Electric Zoo sets were both festival highlights.

Z-Trip’s artist debut album “Shifting Gears” received 4 stars in Rolling Stone. As a producer, he worked on Activision’s DJ Hero series. He is a featured avatar in the game alongside Daft Punk, Tiesto, Grandmaster Flash and Deadmau5. Z-Trip also remixed tracks for Nirvana, The Beastie Boys, Dead Weather and The Jackson 5 to name a few. Most recently, he collaborated with Lee Scratch Perry to rework Bob Marley’s classic “Punky Reggae Party” and with Brillz for Jay Z’s hit “Dirt Off Your Shoulder”.

No stranger to TV, Z-Trip closed out the 2013 Grammy Awards alongside LL Cool J, Chuck D, Tom Morello and Travis Barker. He has appeared on Jimmy Fallon, Carson Daly and Jimmy Kimmel Live, as well as in various documentaries and films.

In today’s expanding DJ scene, Z-Trip’s versatility, music and style continues to be a breath of fresh air. Before I start gushing, I’m gonna let Z-Trip, himself, explain what you’re about to hear…

“So…. I did an “all skateboard specific” based set for Tony Hawk’s Demolition Radio on Sirius XM a while back. It has songs that are connected to him, or to skateboarding in some way… There were SO MANY tunes to pick from, I actually ended up putting together a whole second part that I still haven’t played anywhere. I was planning on going back to his show for that one, so stand by… In the meantime, enjoy the commentary and music. Lastly, the picture you see is from a few weeks ago at Tony’s Stand Up For Skateparks benefit. It is also the same event where Tony did a hand plant on my turntables, ha ha. (go to my instagram for 3 angles of that pic). – BTW, thanks to all those who donated this year.’

HIGH POINTS: Several years ago, I saw Z-Trip perform at DEMF, and his set secured him into the #3 position on my list of favourite DJs. After hearing this Sk8 Set, he’s been bumped up to #1. Considering how long Mixtapes have been around, you would think there was no new ground left to break, as far as the art of DJing is concerned, but then Z-Trip shatters that notion by dropping a themed mix unlike anything I’ve ever heard before, but also executing it with unprecedented precision. Tony Hawk confirms, during the broadcast, that this set happened live, before his eyes, which really does add to the mystique of it. The theme is a complicated one, and the blending is complex and engaging, yet, it all comes off as effortless. Z-Trip has honed his craft to the extent that he can make a very premeditated set play out with a looseness  comparable to the guitar solo of a veteran jazz musician. My staunch critiques of his craft probably take away from the most important aspect of this mix. Dayum, is it ever entertaining!!! ‘Nuff said, right?

LOW POINTS: The following has zero to do with Z-Trip. Instead, the low points of this mix are focused on the clueless people that are in studio, alongside Tony Hawk, for this podcast. First of all, there’s the embarrassing comment about how Z-Trip must kick ass at DJ HERO. The lady behind the comment is swiftly schooled by an audibly befuddled Z-Trip, who politely informs her that he is a character in DJ Hero, and also a consultant during the game’s creation. Oops! That’s embarrassing, but the comments made by Tony’s co-host (either John Dale or Jesse Fritsch. I’m not sure who’s who) are just perplexing. He doesn’t seem to have any understanding of what a DJ is or what one does. I don’t understand how this can be. Skate Culture is probably the first place that HIP-HOP was accepted by a predominately white community. It was likely also the first scene in which RAP and PUNK ROCK began to fuse and marry.  How can somebody who is enough of a recognized figure in this culture to host a show alongside Tony Hawk have seemingly no clue who Z-Trip is or what he does? I’m sure he regularly contributes plenty of worthy commentary to the show, but on this one, he sure came out of it sounding ignorant. Might have been best to chop the chatter off of the end.

So Z-Trip has all but promised another Sk8 Set, at some point in time, and after hearing this first one, I’m eagerly awaiting the follow up with bated breath. More please!